By Staff Writer on December 27, 2014No Comments

As The Hobbit: The Desolation of Smaug, the second part of the Hobbit film trilogy opens to global audiences, FishHead caught up with Martin Freeman (aka Bilbo Baggins) for an exclusive New Zealand interview just before he headed back to the cold of a London winter. 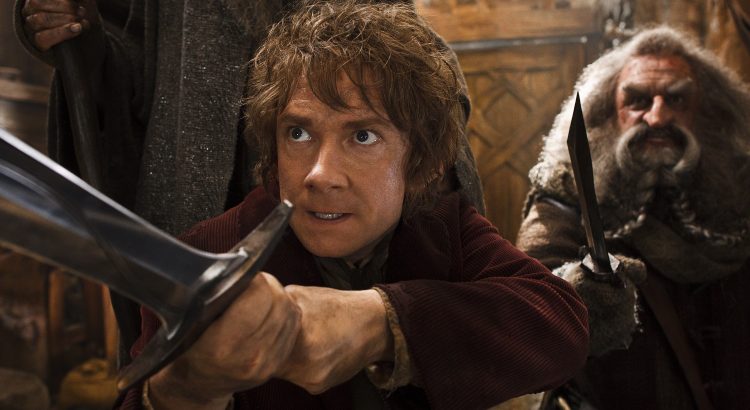 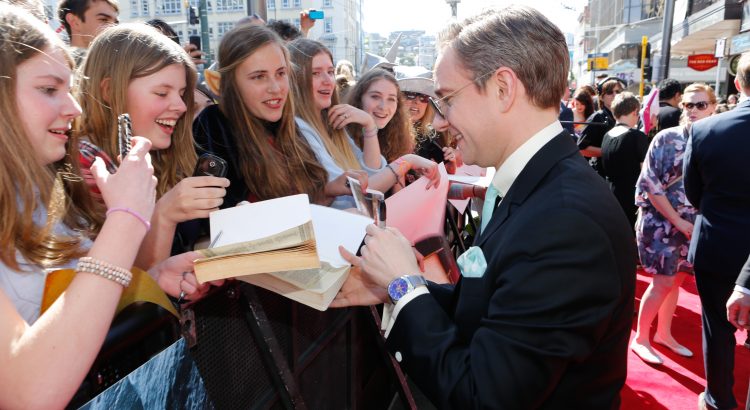 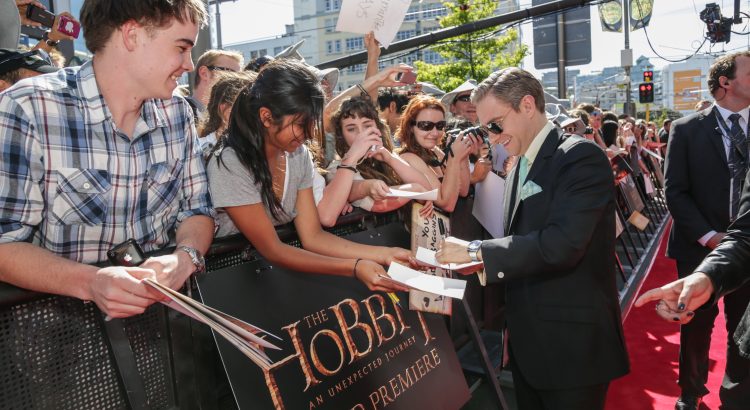 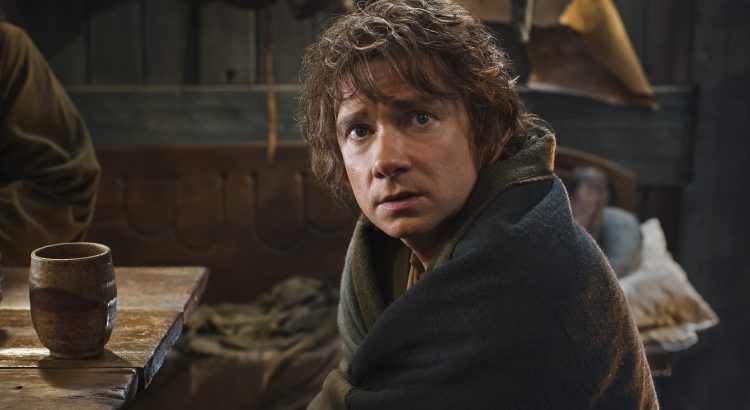 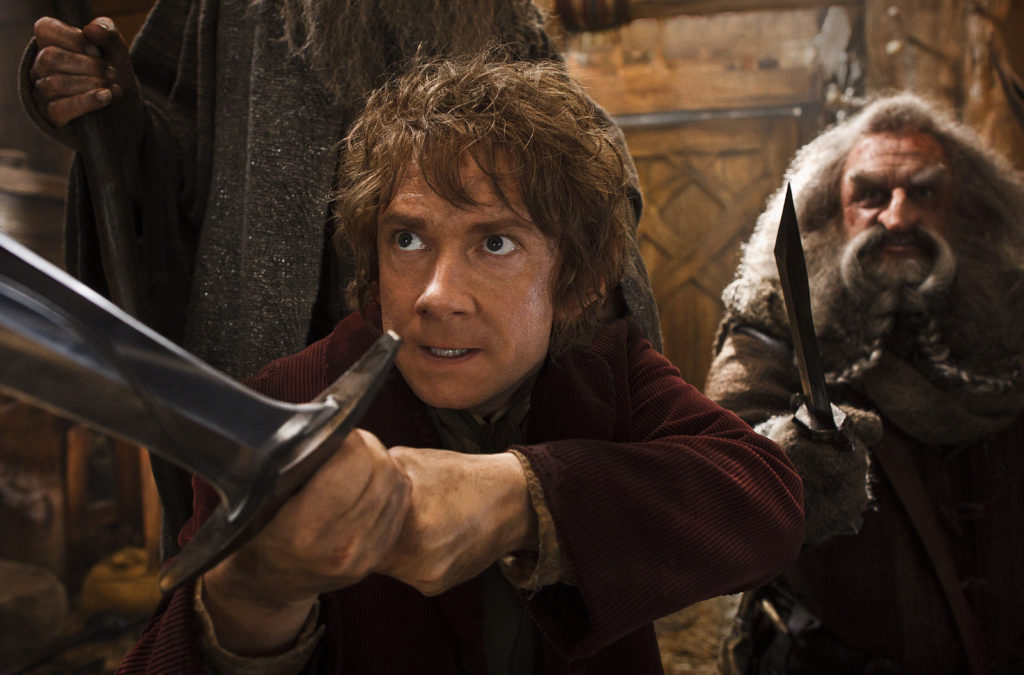 What aspects of Bilbo Bag­gins have you most enjoyed bring­ing forth across the three films, and on this one in particular?

I think it was after the time where he turned the corner from being fairly mild and meek to find­ing a bit more of a back­bone. I was always after that, really. I was always say­ing to Pete [Jack­son], “Is it now? Surely this is the time where he’s a bit stronger.” And very often he’d say, “No, no, but it is com­ing, it is com­ing, not yet.” You spend so much time play­ing Bilbo as this reti­cent per­son who is just try­ing to find his voice and try­ing to find when to speak, just find­ing per­mis­sion to breathe almost, that it is really good fun in this film when he does have to find that bit of steel inside him­self. He really, really has to find that for his own safety and that of his friends.

Did you act­ively seek a wry humour when play­ing the more timor­ous Bilbo?

Iron­ic­ally, my instinct now is not to bring humour to it, but either I can’t help it, or the writ­ing dic­tates it. Also Bilbo is not a straight hero, of course. He is a flawed, fun­nyish, slightly ridicu­lous char­ac­ter. He is pom­pous and he is fairly small-minded. So it’s not like he can be James Bond.

And from Bilbo’s point of view, when he thinks he is being really ser­i­ous, actu­ally the world is going, “Prat!” Because he is puff­ing him­self up in a clas­sic­ally Eng­lish pom­pous way. It is funny. Pete was always ask­ing me to do “that Eng­lish thing”. I don’t really know what that is. It is like ask­ing a French­man to be French, I sup­pose; we all know what nation­al char­ac­ter­ist­ics are. I am not aware of being espe­cially Brit­ish but I think maybe the rest of the world and, espe­cially in the Com­mon­wealth and Eng­lish-speak­ing parts of the world, they might see some­thing quite Brit­ish or Eng­lish in Bilbo.

How do you think Bilbo has changed by this stage in his jour­ney with the Com­pany of Dwarves?

In this film, he really, really has to change; it’s life and death. He comes across situ­ations where, in Mirkwood with the Spiders, for instance, he has to do or die and save his friends. It is not a choice. He has to do it.

It is always good to play hero­ism out of neces­sity, which is what hero­ism is, I think, a play­able, real thing that we can all relate to – some­thing that you know is true or has a bit of real­ity to it. Most people don’t want to put them­selves in life and death situ­ations, but you will do it if you abso­lutely have to. It is a bit like that for Bilbo in this film. 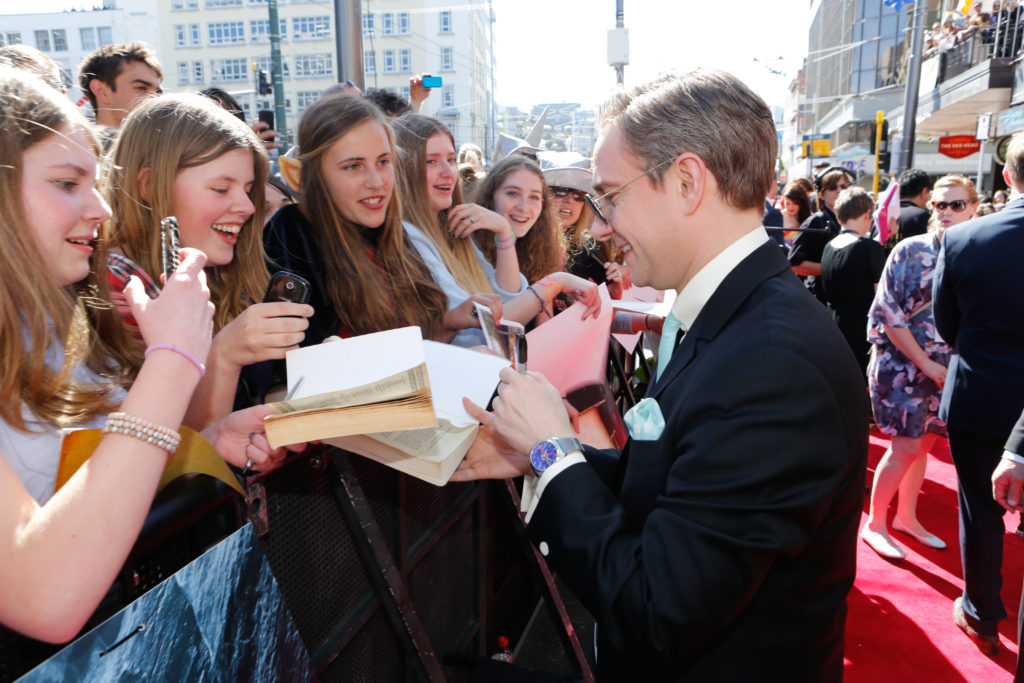 What did you enjoy about find­ing Bilbo’s inner hero?

It’s just great play­ing the hero. It is a funny, self-ful­filling thing in some ways; people do not always see me as the clas­sic, rugged hero, like Aragorn [the char­ac­ter played by Viggo Mortensen in The Lord of the Rings tri­logy], for example, because they have nev­er seen me as that before. Or maybe is it because of what I have done before that they don’t see me as that? Or is what I do out of neces­sity, because I know I am nev­er going to get cast as someone like Aragon? Those sort of rugged her­oes, they are just what we accept them to be.

Most of the people in the world weren’t vastly famil­i­ar with Viggo’s out­put before The Lord of the Rings films. He hap­pens to be a bril­liant act­or and he is bril­liant as Aragorn; he is bril­liant in everything else I have seen him do. But, if that’s the world’s first con­tact with an act­or, you go, “Oh, he is that”. How I became fam­ous was from The Office, so that’s sort of what people asso­ci­ate me with. I am not put­ting myself in the same cat­egory as Al Pacino, but Al Pacino’s first big scene was Michael Cor­le­one (in The God­fath­er) and that casts a long shad­ow, if that makes sense?

There were some ter­rif­ic set pieces in the first film, from the Stone Giants to the Trolls. What can we look for­ward to in The Hob­bit: The Des­ol­a­tion of Smaug?

The Spiders in Mirkwood are going to be great. I think it is a lovely bit. From my point of view, that is where Bilbo gets to find some­thing else.

Is it quite a fright­en­ing sequence in Mirkwood?

I think it is. Spiders are just fright­en­ing. I still think that The Incred­ible Shrink­ing Man is a great film, espe­cially the bit where he is fight­ing a spider with a needle and thread. It’s a film from the 1950s, so the effects are very rudi­ment­ary by our stand­ards, but it is ter­ri­fy­ing. There is just some­thing about the way a spider moves. If a spider is big enough to dom­in­ate a human being with its big fangs, or even a Hob­bit, then that is really horrifying.

And then there’s Smaug, of course…

Smaug will be very good, abso­lutely. Rather like the Gol­lum and Bilbo stuff in the book, which is lovely – and I think they adap­ted it bril­liantly for the first film – Smaug and Bilbo is pretty icon­ic stuff as well. It is that battle of wits, though it is less about the wit for Bilbo and more about try­ing to stay alive. He’s not feel­ing very witty, but he does what he needs to do, at great expense. Those scenes are really good.

Mirkwood is excel­lent, too. We all start to freak out with this drug or this spell that is put over Mirkwood. Then, also, there is Beorn, the skin-changer played by Mikael Pers­brandt. In a way, now that I am think­ing about it, you can almost see the first film as an intro­duc­tion, albeit a fant­ast­ic and excit­ing one. It leads up to what is to come, with Bard and the bar­rels sequence. There’s a lot of very excit­ing stuff in this.

Has play­ing this role made you very pop­u­lar with the chil­dren of your exten­ded fam­ily and friends?

Yes, I think so. You are aware of it at school, at pick­ing-up time and drop­ping-off time. All the schoolkids are sud­denly look­ing at you very differently.

The camarader­ie. That was really good. Meet­ing people who I really liked, great laughs, a very easy, simple, man­age­able way of life. Wel­ling­ton is a pretty small place. It’s easy. I mean, I love Lon­don more than any­thing else, but Wel­ling­ton doesn’t have the stress about it. It just doesn’t. It would be impossible to be as stressed in Wel­ling­ton as you are in Lon­don. If you are trav­el­ling 15 minutes in Wel­ling­ton then that’s quite a long jour­ney. I was trav­el­ling six minutes to work each day. Could you ima­gine that in London?

So, if your day isn’t taken up with three hours’ travel both ways, as ours some­times is, you have got a life at the end of the day. You can cook, go and see a film. It is great and I really do miss that. The things that were good were very good – meet­ing people, mak­ing new friends – because it is very rare that you meet that amount of people at the same time on a job. You usu­ally meet a few people, but I met a lot of people that I thought were really groovy people in Wellington! 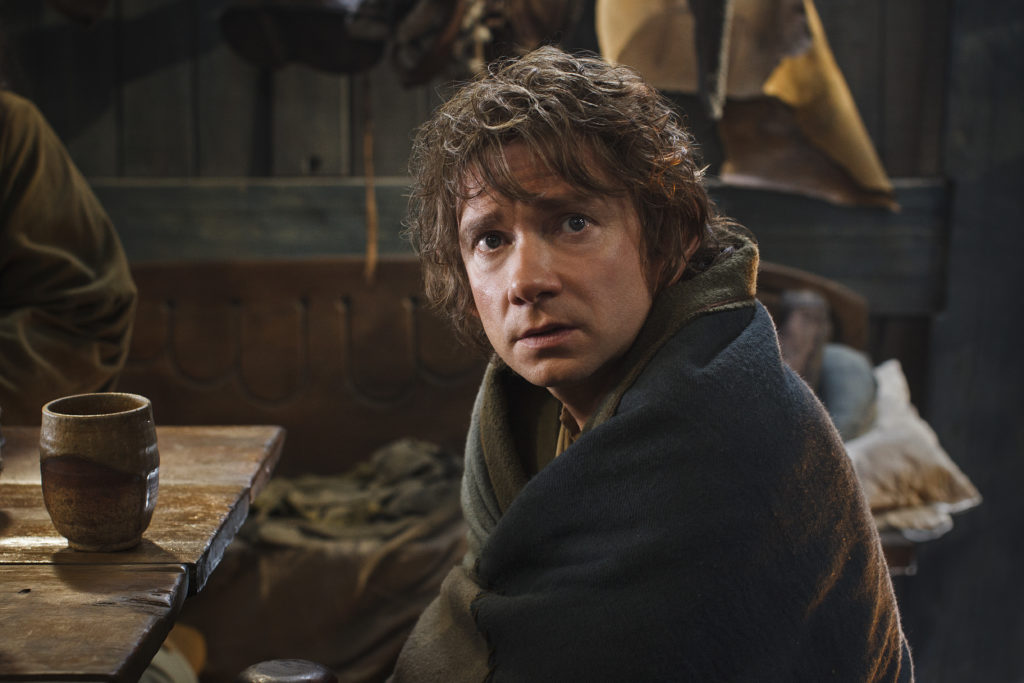