A thorough sweep of powder

By Laura McQuillan on March 27, 2014No Comments

As TVNZ’s Wellington makeup artist, Karen Winefield grooms ONE News guests to camera-ready perfection. She opened the studio doors to FishHead’s Laura McQuillan, and shared her top tips for looking the part, live on national television. 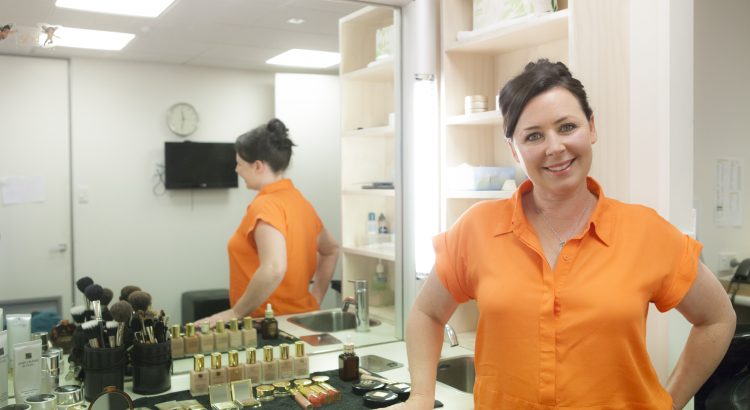 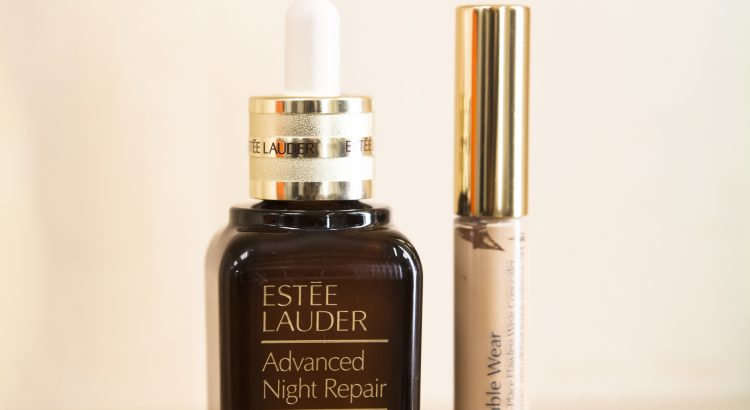 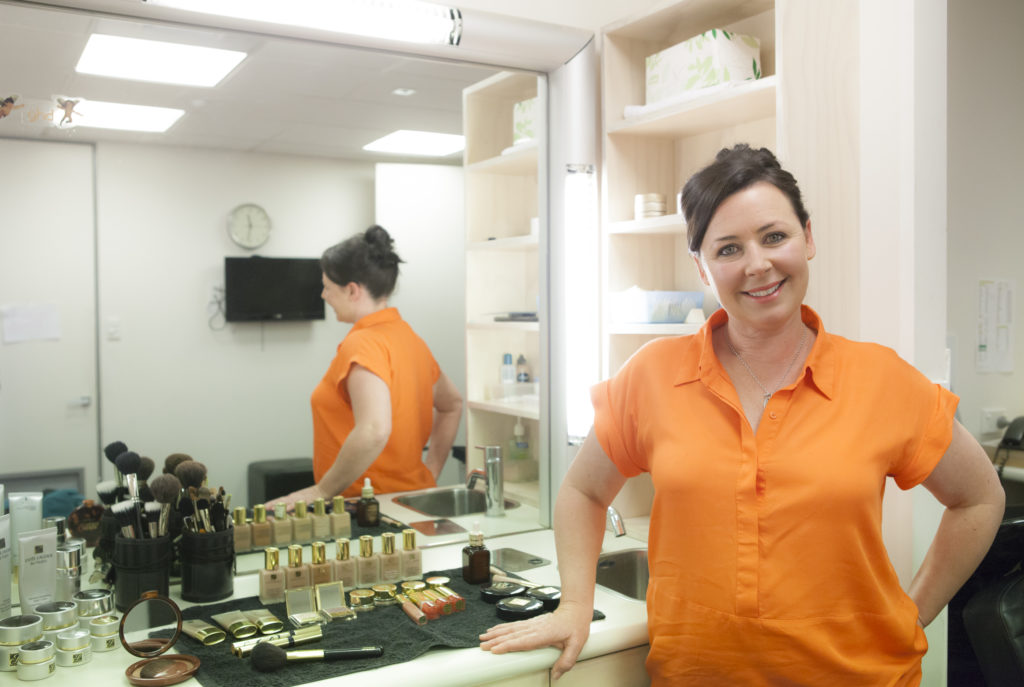 Winefield’s days start early, pol­ish­ing news­makers for TVNZ’s Break­fast, before a return later in the day for Sev­en Sharp. A big part of the job — even before she has a brush in her hand — is set­ting nervous guests at ease.

“I like to make sure that from go to whoa, that they’re com­fort­able, that they look good and they’re well groomed,” she says. “A lot of them are incred­ibly nervous so my job is to calm them down and do a little bit of sweat-control.”

It’s a fast-paced role, with a guest nor­mally spend­ing about 20 minutes in the chair — in which time Wine­field will do both their hair and makeup. “I always like to get on the main things, like a bit of lip­stick, found­a­tion, powder, then I’ll work to the eyes if I’ve got a bit more time.”

And there’s no avoid­ing makeup for male guests: Wine­field says it’s for their own good. “When they go on screen, they are in our archives for ever, so I like to make sure that they haven’t got, you know, a little bit of hair stick­ing up that’s going to come back to haunt them ten years down the track.”

Estée Laud­er is Winefield’s go-to brand for TV work, and she always uses its Illu­min­at­ing Per­fect­ing Primer ($68) before apply­ing found­a­tion, plus con­ceal­er under the eyes to hide early-morn­ing dark circles. Every­one also gets a thor­ough sweep of powder, to take off any shine from the bright stu­dio lights.

After the autocues stop rolling, Wine­field squeezes in film work, includ­ing on pro­duc­tions like The Hob­bit, along with wed­dings and magazine makeup artistry. But the TV role is her favour­ite, because of the quick turn­around, and get­ting to work with so many dif­fer­ent people — from sports stars to politi­cians and every­one in between.

“It keeps me up with w
hat’s hap­pen­ing in the news, and it’s a nice in-and-out job. The people that we get through are inter­est­ing and intel­li­gent — there’s always some­thing you can learn about, or someone you can learn some­thing from.” 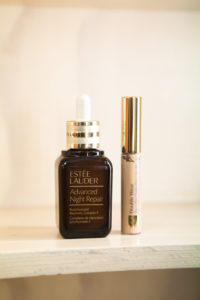 Dark circles are inev­it­able with the early starts, but Wine­field uses this Estée Laud­er ‘fatigue fight­er’ to com­bat them on cam­era: “On the back of your hand, mix a little bit of Advanced Night Repair ($129) with a small amount of Double Wear Stay-in-Place Con­ceal­er ($55), and use your ring fin­ger to gentle pat under the eye.”