Olivia Poppe chanced upon a modelling career at the age of 14 after her mum encouraged her to respond to a newspaper ad from a Christchurch agency. They loved her walk, and sure enough Poppe landed her first job, here in Wellington, working for beauty giant L’Oréal. Originally from Wellington, she jumped ship and signed with local agency Kirsty Bunny Management. Since then, Poppe has been lucky enough to walk in Wellington Fashion Week both years. Modelling isn’t the only thing on Poppe’s agenda. This year is her first year as a tertiary student, studying a BA in Media and Film at Victoria University. Liz Odey spoke to her on the steps of Victoria university's historic Hunter Building. 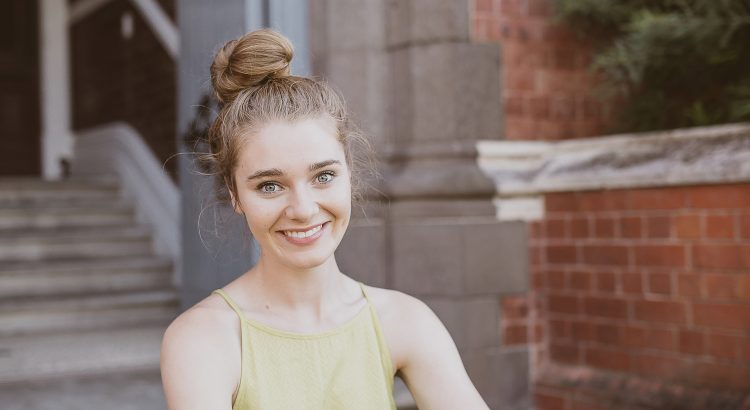 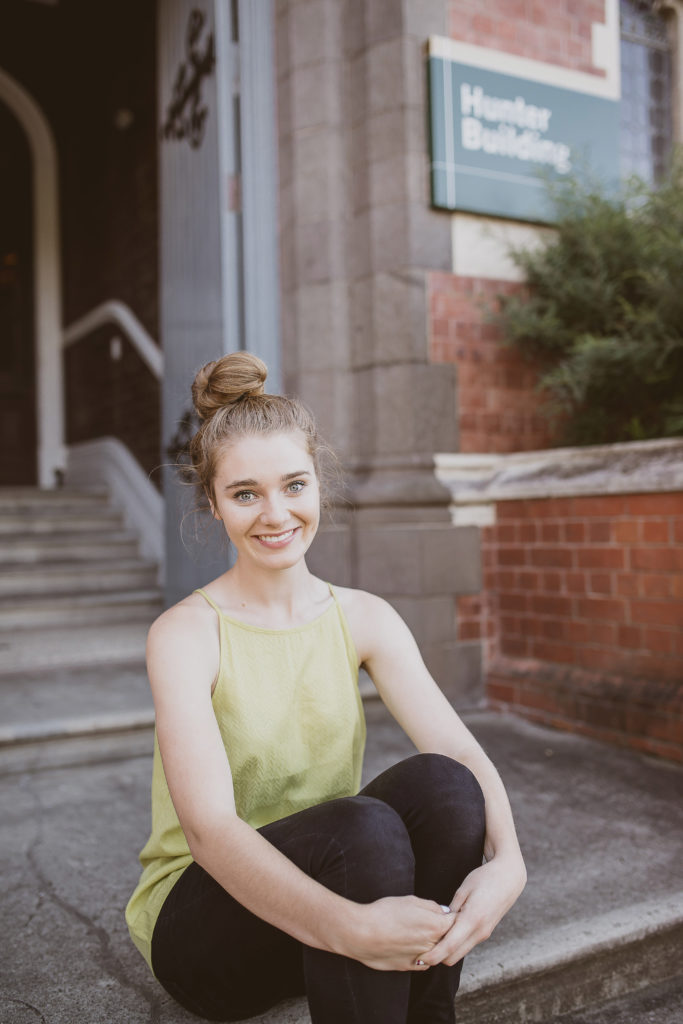 If it’s been a hard day at work and I’m in need of a drink I’ll be… sit­ting out­side Hotel Bris­tol on Cuba Street if it’s a sunny day, oth­er­wise you’ll find me tucked up at the Lib­rary Bar. At Christ­mas they were mak­ing Christ­mas cock­tails — they were amaz­ing!

The next day if I’m in need a hearty feed and a cup of great cof­fee I’ll be at… prob­ably one of the many cafés on the Vic­tor­ia cam­pus. There are so many to choose from! Vic Books Café is gen­er­ally pretty good (but it’s a little expens­ive, being a poor stu­dent).

If I need a slice of cul­ture you can’t go past… the theatre! I’m a big drama geek, I love BATS and Circa. I saw a really inter­est­ing per­form­ance at BATS once called Coaltown Blues. It was a one-man show and we had to see it as a require­ment for NCEA, but I sur­pris­ingly really enjoyed it! I’ve nev­er really seen any­thing quite like it.

My favour­ite Wel­ling­ton land­mark has to be… the Museum Hotel. It’s really quite amaz­ing when you go inside; it’s one of the top ten art hotels in the world! I stayed there dur­ing Wel­ling­ton Fash­ion Week last year.

I am most ashamed to have nev­er vis­ited… Par­lia­ment! I don’t par­tic­u­larly want to vis­it it, but doing a Par­lia­ment tour is prob­ably one of those things you’re sup­posed to have done at school, but I just nev­er did.

Wel­ling­ton is great for boutique shop­ping; when I need a dash of retail ther­apy you’ll find me at… the Old Bank Arcade. I just love the shops in there! My favour­ite would have to be Ruby boutique. As a stu­dent I can’t afford the clothes, but I just go in and try them all on. It’s great!

I’ve done some awe­some mod­el­ling jobs in this city, but one par­tic­u­larly mem­or­able exper­i­ence would have to be… a photo-shoot that took place right beside the air­port run­way! We had to stand on some con­crete slabs and the planes were fly­ing right over us. We couldn’t even hear what the pho­to­graph­er was say­ing at some points because there was so much noise! The pho­tos turned out pretty cool though.

For me, the high­light of Wel­ling­ton Fash­ion Week was… being asked at the last minute to mod­el in the bridal show! Mod­els were spe­cific­ally chosen for that show and all the spots had been filled. I was sit­ting in the lobby of the Museum Hotel and one of the organ­isers was down there stress­ing about los­ing some of the mod­els, and then she said, “Hey, can you guys do it?” So that was really exciting!