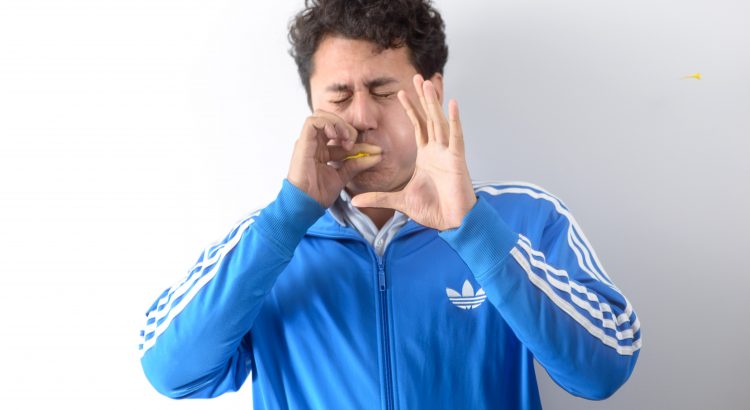 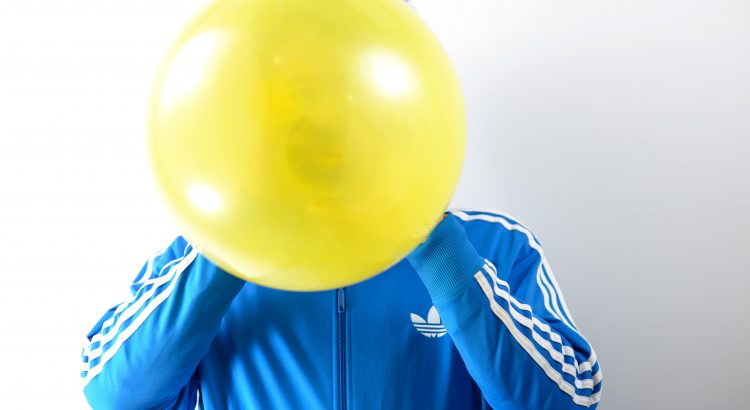 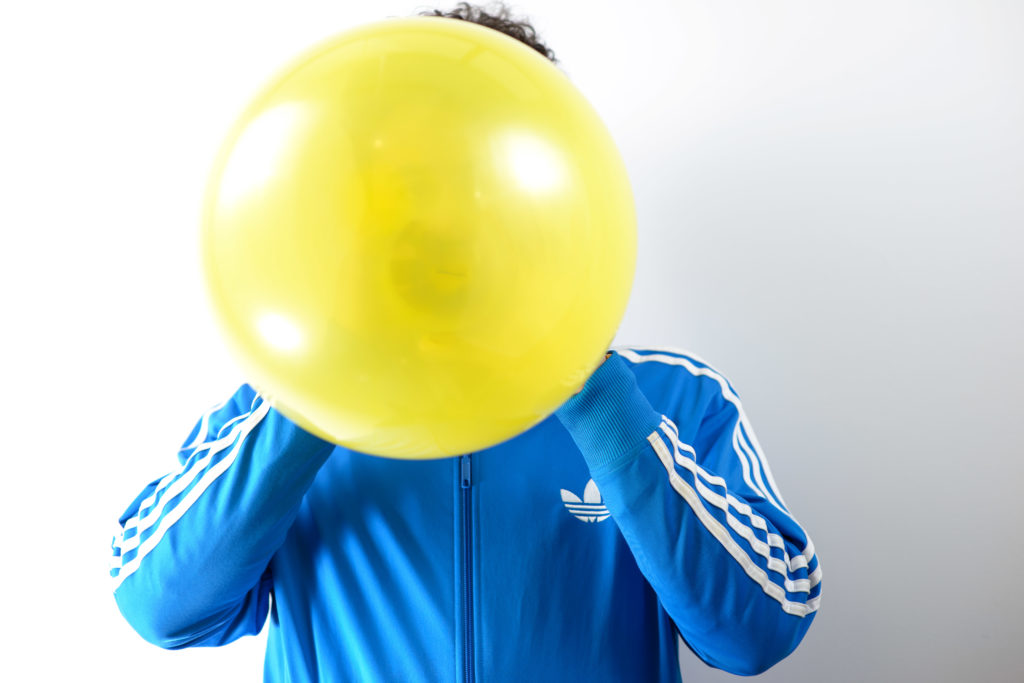 I first encountered Seung Yul Oh’s work at Te Papa six years ago. Four Oddooki 2008 pieces were installed in the sculp­ture court on the rooftop. Seung describes these large egg birds as per­form­ance sculp­tures — they rock back­wards and for­wards when pushed, like some toy from child­hood writ large. Their wit and joy­ful­ness are con­ta­gious. And you can touch them.

When you type Seung Yul Oh’s name into Google, Seuss­ville, the offi­cial site of Dr Seuss, comes up. This feels like a good match. The sense of play, the sheer ridicu­lous­ness of a whole room full of giant yel­low blow-up cap­sules could be straight out of a Dr Seuss interi­or — maybe the place where Sam-I-Am eats his green eggs and ham. The giant bubble fall­ing out of the ceil­ing, Hug­gong 2013, in the gal­lery foy­er, and the room-sized inflat­able bean bag, Sphere Square 2013, sit some­where in the same camp. Such fun.

The same is true of The Abil­ity to Blow Them­selves Up 2004–14, an ongo­ing video work in which a series of bal­loon-blowers are blow­ing up bal­loons that burst in their faces. The video goes “Bang, bang, bang, bang…” as the bal­loons pop, and the looks of shock and sur­prise, and the jumps and screams, jolt and bump the view­er along.

The work hints at some­thing else — the uni­ver­sal­ity of shock. Every­one has pretty much the same reac­tion. Seung has isol­ated this moment of sur­prise into a series of visu­al pops. It’s an image for dis­asters, large and small. Even if you know it’s com­ing, there’s still the surprise.

This room has eight of these per­son-sized noodle towers. But when you enter it you’re greeted by what looks like a series of fig­ures — long-necked birds with chop­sticks for beaks and table legs, flank­ing a tower of stain­less-steel bowls and trays. They’re ser­i­ous and hil­ari­ous — Dr Seuss would have approved. MOAMOA, A Dec­ade is on at City Gal­lery until 24 August.

Séraph­ine Pick’s exhib­i­tion at Pataka Art + Museum, Look­ing like someone else (until 20 Septem­ber), brings togeth­er a series of por­traits that span her 20-year career. There are por­traits of friends and self-por­traits. Most inter­est­ingly, they show the devel­op­ment of her approach to paint­ing — from tightly worked to opaque. The exhib­i­tion is dis­ap­point­ingly cramped into a small gal­lery but presents a less known aspect of Pick’s practice.[/info]

Mary-jane is a Paekakariki-based poet and essayist, and FishHead's art columnist. She teaches poetry and academic writing on the Whiyireia Creative Writing programme, torturing students with half-rythmes and pantoums, zombie haiku, and line breaks, referencing and structure. Duffy has a background in museum and gallery work, making a lucky escape from the basement of the City Gallery Wellington in 2002 and opening the Mary Newtown Gallery with Paula Newtown in 2004. Art (across all the disciplines) feels like the closest thing she has to religious experiences - seeing, reading or hearing things that make her brain fizz.