By David Colquhoun on August 28, 2014No Comments 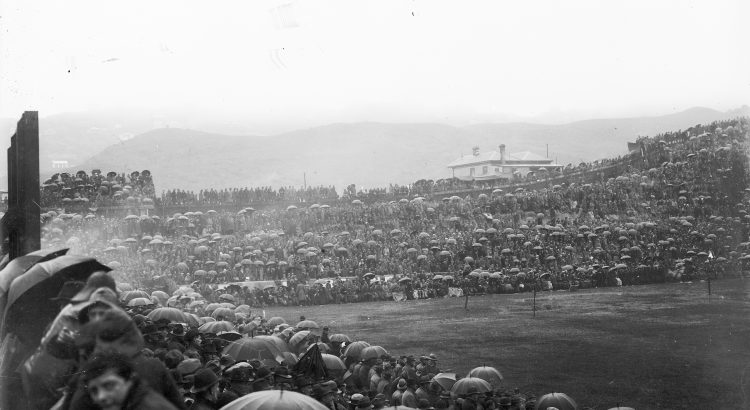 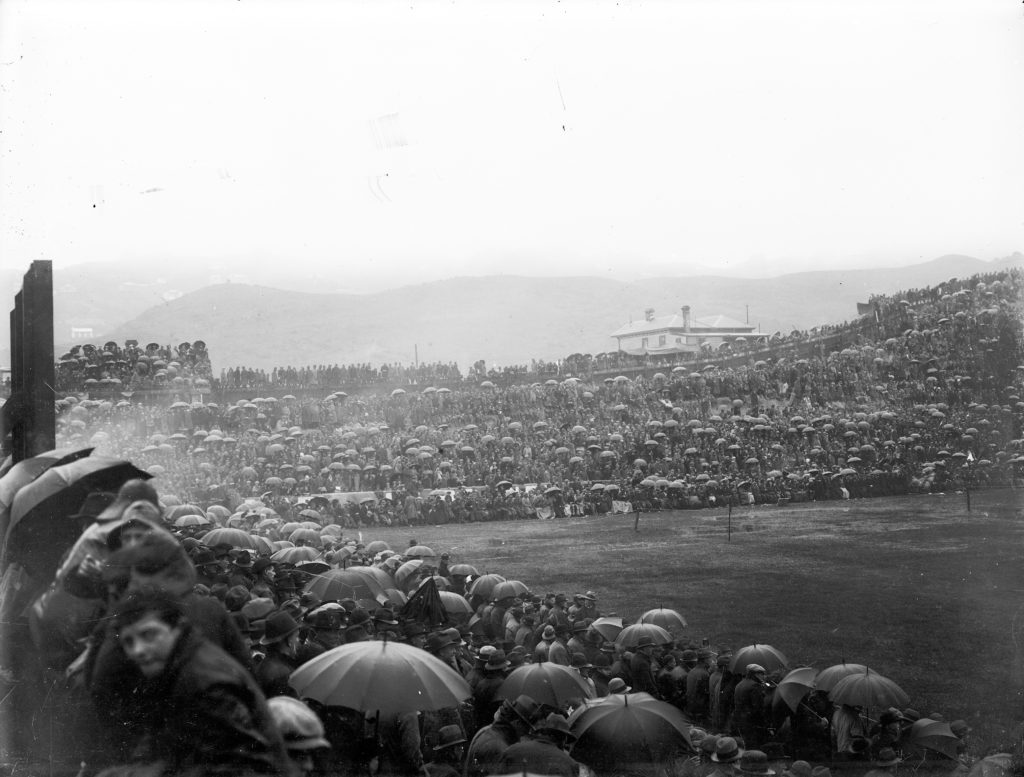 This month the All Blacks take on the South Afric­ans at the Cake Tin. They are always our toughest rugby foes. This pho­to­graph is from the final test of the 1921 series against South Africa at Ath­let­ic Park in Ber­ham­pore. The series was locked, with one win each. This was the decid­ing game, and the ground was packed.

Up to then, New Zeal­anders were con­vinced they had the best rugby team in the world. The Aus­trali­ans could usu­ally be defeated, and we had revenged our infam­ous 1905 loss to Wales when we beat the Anglo-Welsh tour­ists in 1908. But the South Afric­ans were at least a match for us. In the end this decid­ing test was a 0–0 draw, fought out in a mud bath. There were to be many more such grim encoun­ters, of which, for most of last cen­tury, New Zea­l­and lost more than they won.

This series also saw the begin­nings of some unease about South Africa’s whites-only racism. The week before, the South Afric­ans had nar­rowly beaten the Maori team in Rotorua and a South Afric­an journ­al­ist sent an angry cable home. The South Afric­ans were dis­gus­ted, he claimed, at see­ing a European crowd cheer­ing on “a band of col­oured men” against mem­bers of their own race. But New Zea­l­and anger was soon smoothed over, and for the next 60 years the Rugby Uni­on ignored grow­ing calls to stop play­ing against a team so rep­res­ent­at­ive of South Afric­an apartheid

Nowadays we play them at least twice a year, and test matches don’t mean so much. There is still an extra edge against South Africa though. Few rugby fol­low­ers can for­get that dis­pir­it­ing day in 1995 when a newly integ­rated South Afric­an team beat us in the World Cup final, cheered on by Nel­son Mandela.