By Laura McQuillan on October 30, 2014No Comments

Young Wellingtonian Olivia McGregor recently upped sticks to take her passion for dance to the world, leaving her company Footnote Dance for the stages of Europe. She spoke to Laura McQuillan before she left. Photography by Clive Pigott. 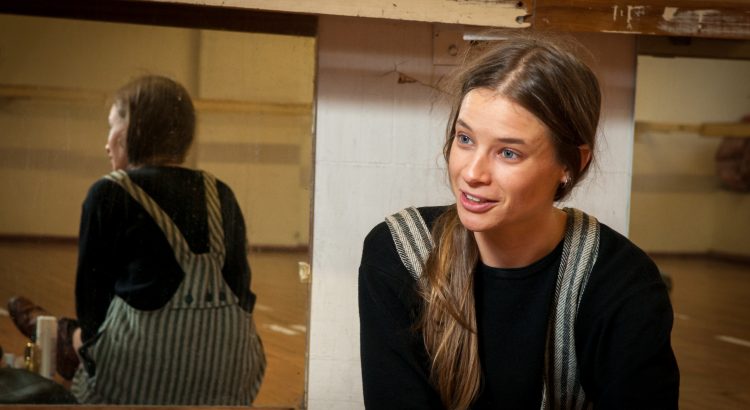 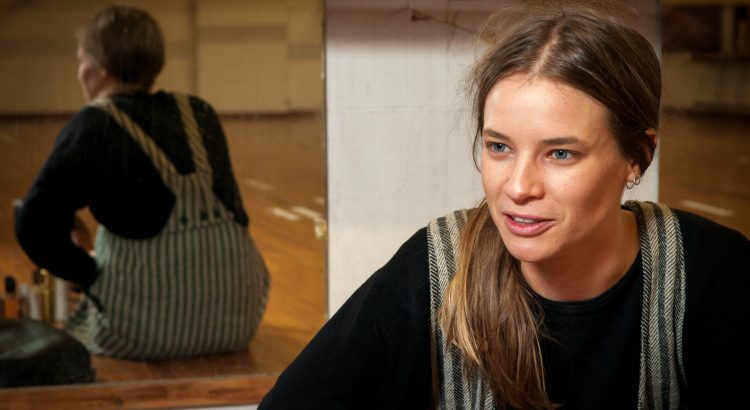 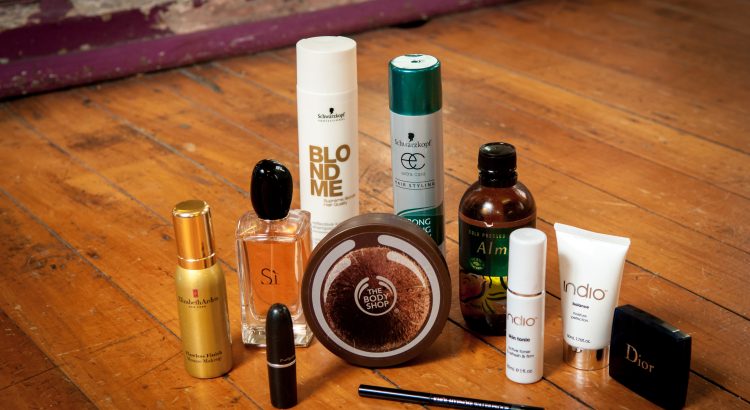 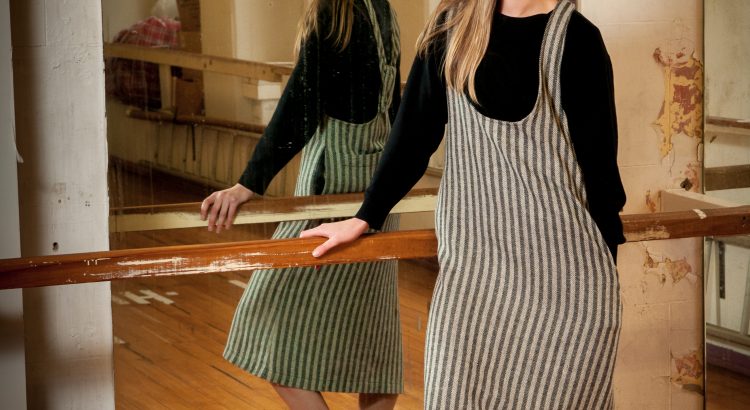 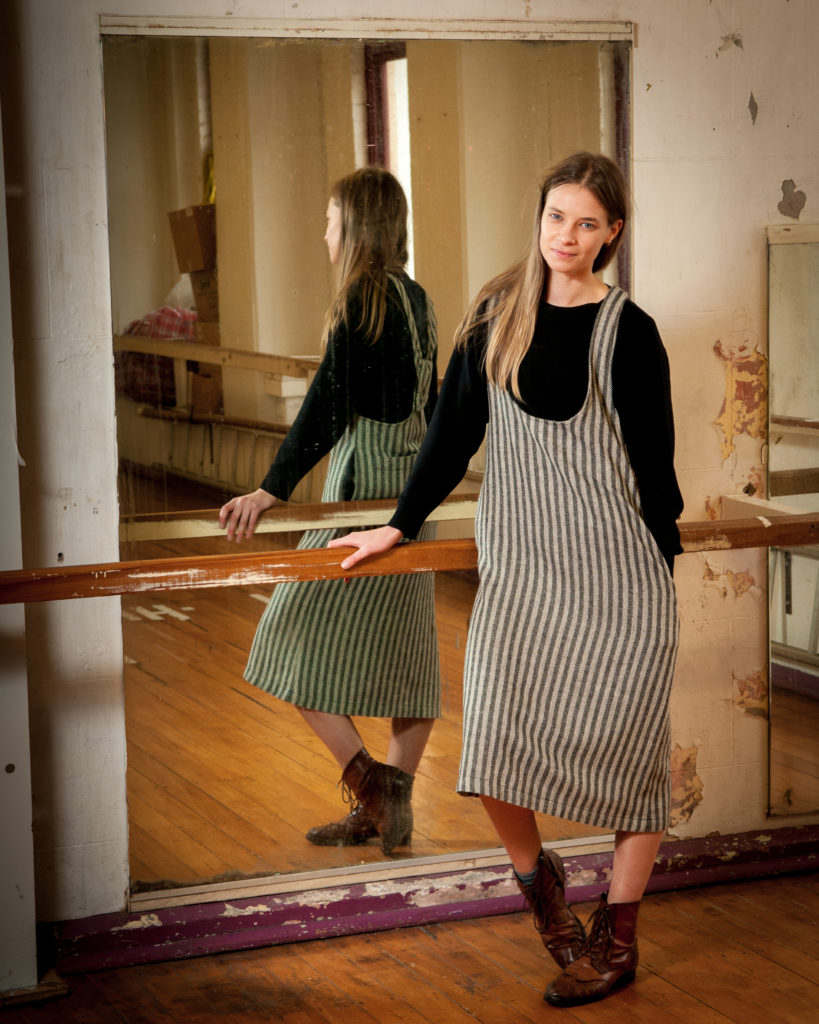 The tal­en­ted con­tem­por­ary dan­cer is now based in Lon­don, with fest­ivals across Europe on her plate for the rest of the year — includ­ing two weeks in Bar­celona, work­ing with cho­reo­graph­ers from around the world.

“I’m anxious at the moment, because I’ve only ever lived in Wel­ling­ton, so it’s mov­ing my entire life!” the 24-year-old told Fish­Head, as she pre­pared to pack her bags.

Olivia glows up close and on stage, which she attrib­utes to the massive water intake that comes with her line of work. “Because we’re exert­ing so much energy and sweat­ing con­stantly, you end up hav­ing three or four litres a day.”

Team that with her num­ber-one product pick: any brand of almond oil, used as a facial mois­tur­iser before bed. “It’s $6 at the super­mar­ket, and I think because I am exer­cising so much, I feel like nat­ur­al is bet­ter. I’ve got this thing about tox­ins,” she says. “It’s good for mois­ture rebal­an­cing. It’s crazy, because it’s so cheap.” She also adores The Body Shop Coconut Body But­ter — call­ing it “a god­send” for dry winter skin.

The dan­cer admits she’s a little scared of break­ing her bag­gage allow­ance, but says all of her beauty products will be on the road with her. That includes Schwar­zkopf BlondMe Sham­poo “because my hair is a mousy brown, dull col­our, I guess that zhooshes it up!” and Schwar­zkopf Extra Care Strong Styl­ing Hair­spray — a must-have for any dancer. 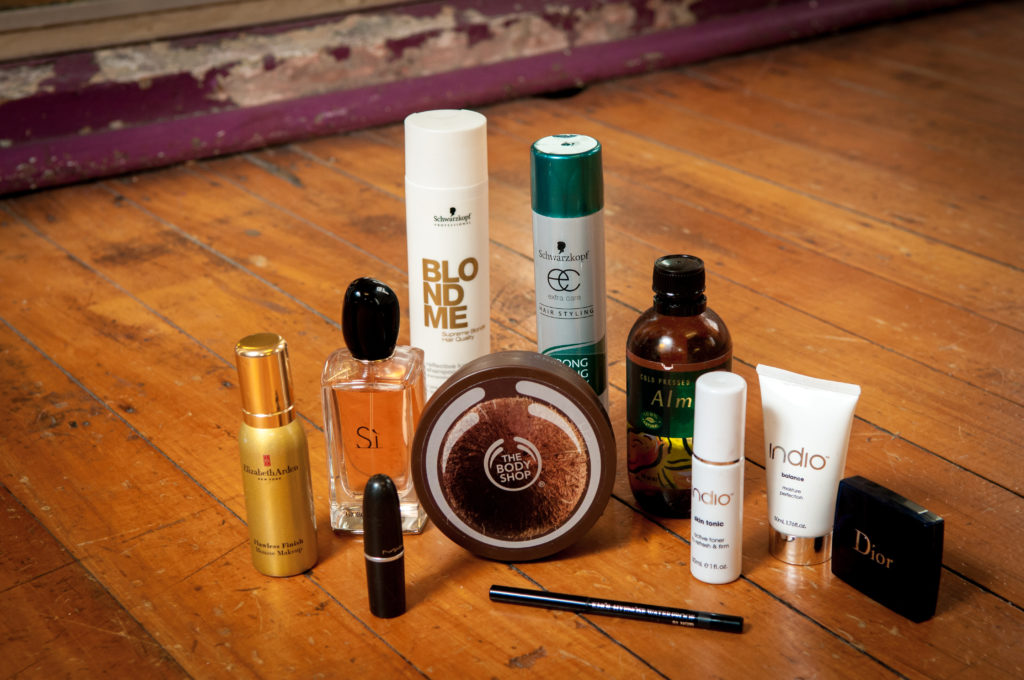 A makeup min­im­al­ist when she’s not on stage, Olivia’s every­day found­a­tion is Eliza­beth Arden Flaw­less Fin­ish Mousse Makeup. “I’ve got this thing about andro­gyn­ous dress­ing at the moment, and that’s the light­est makeup that’ll give you a little bit of cov­er­age but not look like a cake-face.”

At $67, Olivia says it’s “an invest­ment” that’s worth every cent. “It’ll last four to six months, which is ideal when you’re a poor artist.”

Lancôme Khôl Hyp­nôse Water­proof is her go-to eye­liner while per­form­ing — “with the sweat factor, we need some­thing that’s going to last the show” — or for a night out, paired with the on-trend maroon of MAC Dark Side lip­stick and the nude shades of her Dior Eye Palette, per­fect for cre­at­ing a nat­ur­al look or blend­ing for a smoky eye.

Olivia says it’s scary but exhil­ar­at­ing to be leav­ing her home town, and the dance com­pany she joined nearly four years ago, fresh out of the New Zea­l­and School of Dance. She says she’s been incred­ibly lucky to forge a career in dance, and describes Foot­note as “an amaz­ing place to be”, espe­cially for dan­cers who’ve just com­pleted their training.

“I’ve grown so much in terms of what I’m inspired by and what I pro­duce. [At Foot­note], we work with a range of cho­reo­graph­ers who were born in New Zea­l­and and… have careers over in Europe.

“I’ve been intro­duced to a whole bunch of people who are based over there, and I’m really inspired by the work they pro­duce, so I’m keen to learn from like-minded people over there.”