By Larissa Nieuwkoop on October 30, 2014No Comments

With the album-release tour of the Wellington International Ukulele Orchestra taking off this month, Larissa Nieuwkoop caught up with bass player Dan to talk about his passion for music, and why he will always call Wellington home. PHOTOGRAPHY BY CLIVE PIGOTT 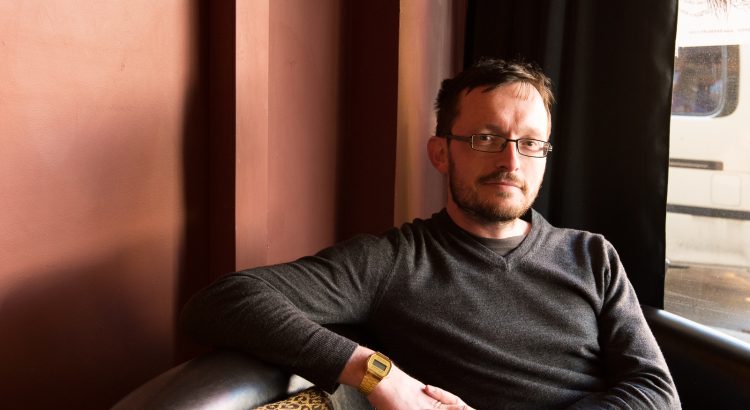 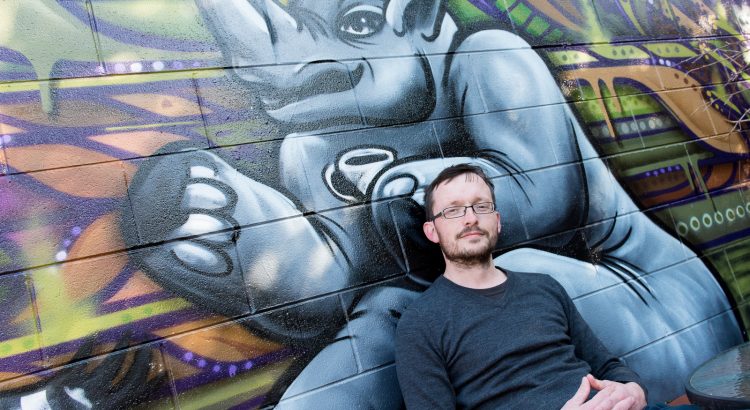 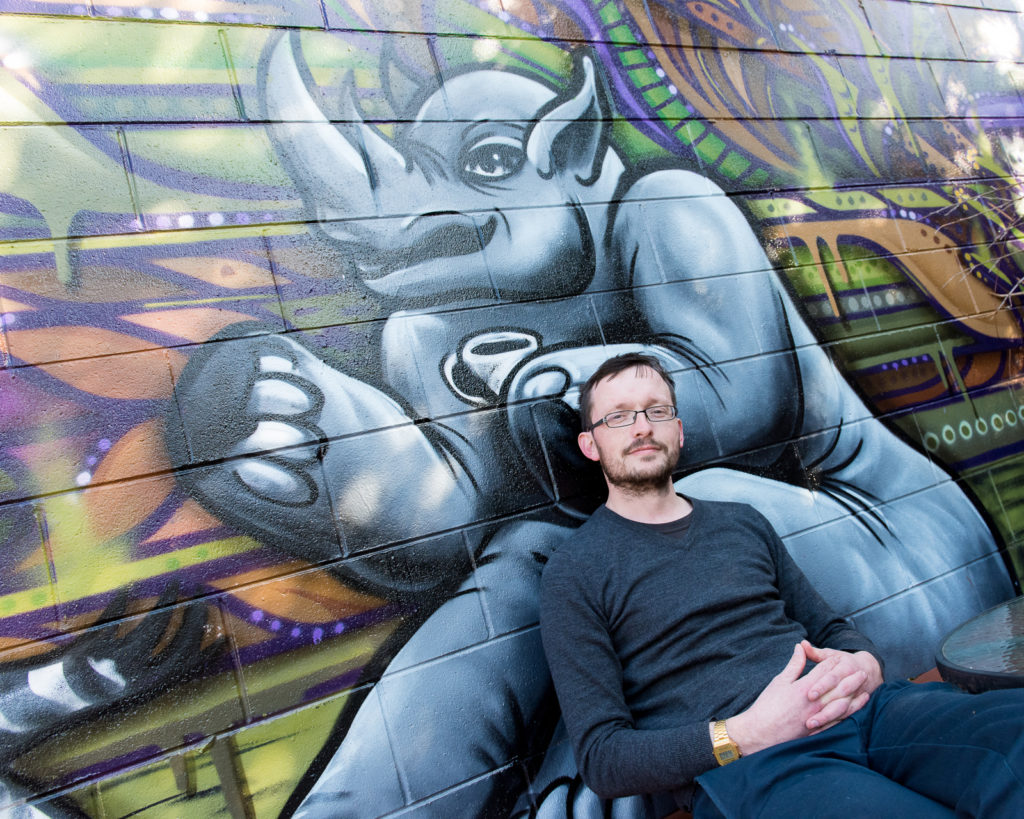 One-half of Wellington’s fam­ous Yeabs­ley twins, Dan, didn’t start play­ing music until he was 17. It was his broth­er, Chris­toph­er, who had the great idea for them to learn to play a music­al instru­ment. Fail­ing to find les­sons for his first love, the double bass, in the loc­al news­pa­per, he saw an ad for sax­o­phone les­sons and jumped at the chance. Drop­ping out of uni­ver­sity, where he stud­ied three dif­fer­ent kinds of math­em­at­ics, eco­nom­ics and com­puter sci­ence, he pur­sued his pas­sion for music and nev­er looked back. Now a mem­ber of the Wel­ling­ton Inter­na­tion­al Ukulele Orches­tra (WIUO), Dan took some time out to relax with a cof­fee, and speak to Fish­Head at one of his favour­ite New­town cafés, Baobab.

If it has been a long day play­ing music and I’m in need of a drink I’ll be… Some­where with live music and good beer, so The Rogue and Vag­a­bond, or Havana, or the Laun­dry Bar.

The next day if I’m in need of a hearty feed and a cup of great cof­fee I’ll be at… Prob­ably Mum and Dad’s. Is that accept­able? Mum makes the best food and my broth­er bought them a fancy fil­ter­ing cof­fee machine, the one with the glass sort of vase thing (That’ll be a Chemex, Ed.), so that’s where I’d be!

For a slice of cul­ture, I’d head to… The Museum of Wel­ling­ton City and Sea. It’s my favour­ite museum in Wel­ling­ton by far, and I like how you get a real sense of how Wel­ling­ton has changed. Also the build­ing is beau­ti­ful. If you go upstairs, they have got the old port coun­cil cham­bers — it’s amaz­ing!My favour­ite Wel­ling­ton land­mark would have to be… The Henry Moore sculp­ture in the Botan­ic Gar­dens. Or there used to be an old sculp­ture in front of the BNZ build­ing. It was like a wire-mesh boulder hanging off the ground, and my uncle wel­ded that, so that was my favourite.

My Sundays con­sist of… Some­times play­ing music, and then I go to Mum and Dad’s for some veget­ables — well, a Sunday meal.

I think Wellington’s best-kept secret is… Otari-Wilton’s Bush, because I don’t think many people know about it and it’s really big — it goes on for miles. There are heaps of beau­ti­ful spots, streams and pic­nic grounds. There’s also a place if you walk for about an hour called Flax Clear­ing, and it’s just this big hill­side and all it has got is these enorm­ous flax bushes on it. It’s really cool!

My favour­ite place to play music is… For the people, Rogue and Vag­a­bond is great, but acous­tic­ally the best place to play is The Black Spar­row. We used to do a gig with a real piano, double bass and drums, and it was great because I wouldn’t have to bring an amp or any­thing, just play.

My most loved instru­ment has to be… At the moment def­in­itely the tuba. I’ve only got one, but I think I need anoth­er! It’s this 1960s tuba. Usu­ally, the bowl sticks up — like the Sal­va­tion Army ones — but mine looks like a peri­scope and it goes out the front, so it looks really cool! I’ve also got all the sax­o­phones, apart from the silly ones. So I learnt sax­o­phone, cla­ri­net, flute (I’m ter­rible at both of those), and then when I turned 30 I thought, I’m a grown-up now, I can do what I want.

My most mem­or­able exper­i­ence being in the music industry is… Def­in­itely play­ing behind John Rowles. We did a gig at the Auck­land Town Hall. This was with a band called The Utes, we were the house band and we got to play two songs with John Rowles. He had named a lot of his songs after his sis­ters — one was his big hit ‘Cheryl Moana Mar­ie’, so we played that. Actu­ally, there was one sis­ter that didn’t get a song named after her — that’s a bit stink! Any­way, play­ing behind John Rowles was one of the most ter­ri­fy­ing exper­i­ences of my life. It was great.

The biggest high­light of being a part of the WIUO has been… Prob­ably two high­lights. The first was when we were just start­ing out. We used to rehearse on Wed­nes­day morn­ings at 8am at Deluxe, and that was so excit­ing because I had just star­ted play­ing the bass, and just play­ing was excit­ing. Then last year we went to Edin­burgh for the Fringe fest­iv­al and that was really excit­ing too — play­ing a month in Edin­burgh and real­ising it wasn’t just Kiwis who liked it!