By Sarah Harpur on December 26, 2014No Comments

The perils of illegal bird ownership 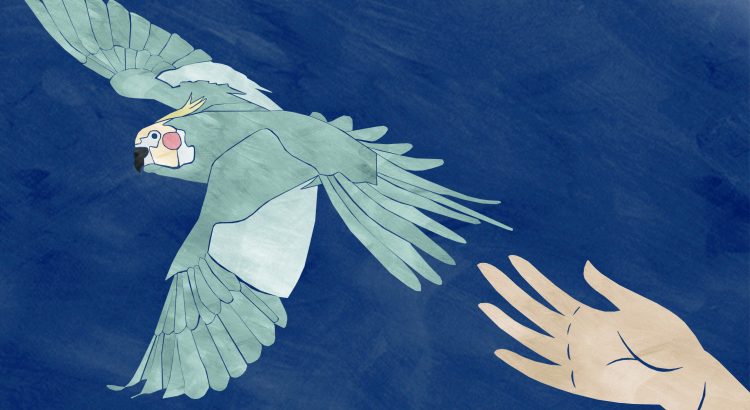 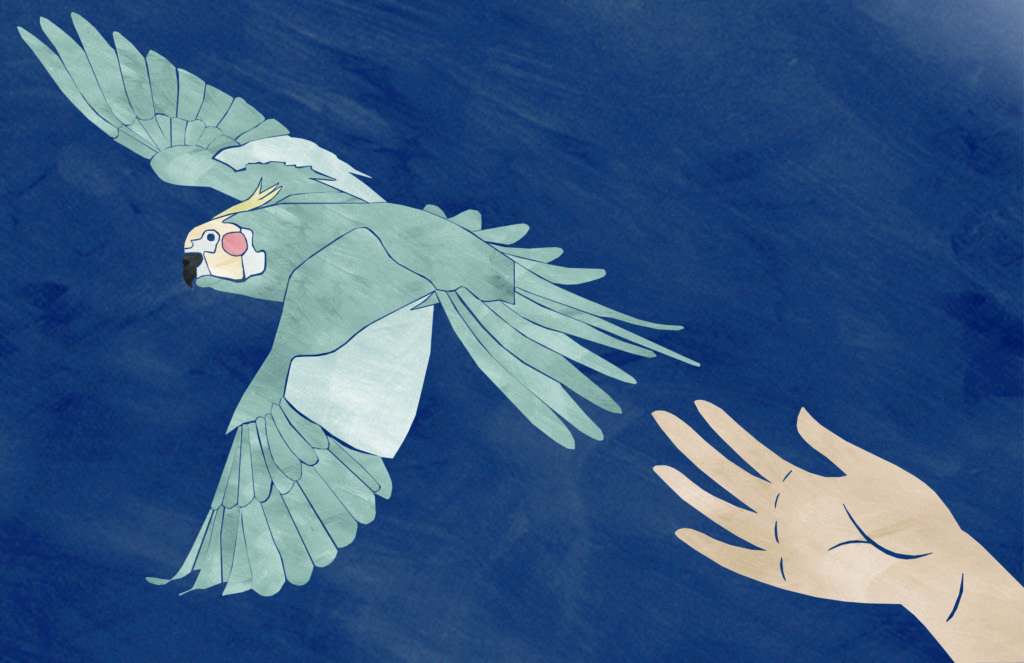 For my birth­day last year, my very enthu­si­ast­ic Irish­man gave me a won­der­ful, yet con­tro­ver­sial gift. If we lived in Karori, it wouldn’t be an issue, but we live in an apart­ment – one with many rules. “No high heels on the rooftop”, “No fire­works on the rooftop” and the clas­sic “NO PETS”. As a per­son who grew up with markedly more anim­al friends than human friends, this rule has been the hard­est to obey. To me, the affec­tions of a domest­ic­ated anim­al that has no choice but to play a game or starve is worth ten times its weight in human affection.

I do see the landlord’s point of view in ban­ning pets. A dog could be noisy, a cat could shred uphol­stery and cur­tains; both could defec­ate with­in an inch of their lives all over the well-worn car­pet, thus ren­der­ing the apart­ment unin­hab­it­able for the next 12 months after evic­tion, and faintly smelly for the next 12 years. I acknow­ledge that it makes sense to ban pets, but that has not stopped me from find­ing cre­at­ive ways to get around these rules.

For example, what if we have a pet that is con­fined to a cage for the most part, thus keep­ing its dan­ger­ous neth­er regions under con­trol? What if it was only a tiny creature, one that didn’t take up much space and didn’t pro­duce much waste to begin with? What if it was a beau­ti­ful little cock­a­tiel that I got for my birth­day named Tani­wha O’Driscoll, pay­ing homage to his Kiwi and Irish human par­ents? Surely that would be OK? Besides, I’m pretty sure the people next door are hoard­ing a secret cat. I occa­sion­ally get glimpses of its large, dark eyes as it fear­fully writes in its secret diary. And someone upstairs def­in­itely has a baby ele­phant that likes to exer­cise at 6.30am four times a week. So if it’s pos­sible for oth­ers to break the rules, why not me? I’m way sneak­i­er than them, and how would I get caught?

Quite eas­ily, it turns out. A cock­a­tiel, a beau­ti­ful wee bird nat­ive to Aus­tralia, is tech­nic­ally a par­rot. Which means it’s as noisy as a gaggle of 19-year-old girls on Cour­tenay Place. On a hen’s night. On New Year’s Eve. Who have all become single recently, and are out in a pack of solid­ar­ity to prove they are fab­ulous and don’t even care. That is how noisy the bird is.

After frantic research, it became appar­ent that there is no way of shut­ting him up. It’s what birds do: they make noise. They espe­cially make noise when they are happy, which is where the conun­drum lies. The only way to quieten a bird is to cov­er its cage, mak­ing it live in a world of etern­al night time, some­thing no anim­al lov­er would be com­fort­able doing.

So we did the grown-up thing. We put his hap­pi­ness before ours. We couldn’t let him free into the wild, as the Inter­net told me he would be pecked to death by seagulls. There­fore, Tani­wha O’Driscoll has entered into an arranged mar­riage. The bride lives in a majest­ic avi­ary, which counts as dowry. As soon as he clamped eyes on that sexy lady cock­a­tiel, all memor­ies of his human flock faded in a heart­beat. The songs that had been assault­ing our ears were a mere warm-up for his seduct­ive court­ing ritu­al. It was instant love; and although we miss our little Aus­trali­an ter­ribly, we know we made the right decision. An apart­ment is no place for a bird. Though I hear that rats make ter­rif­ic pets…