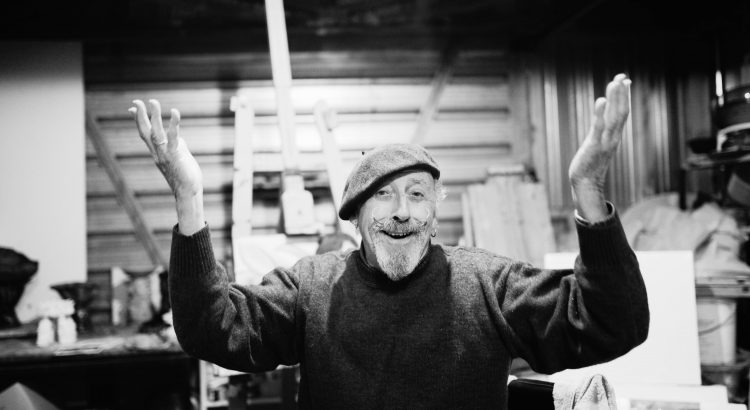 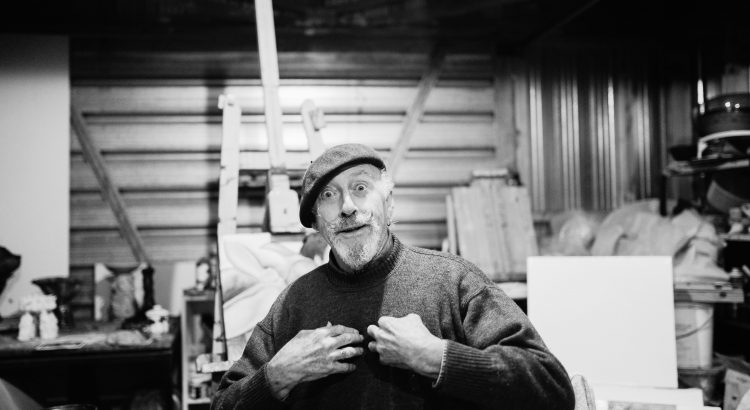 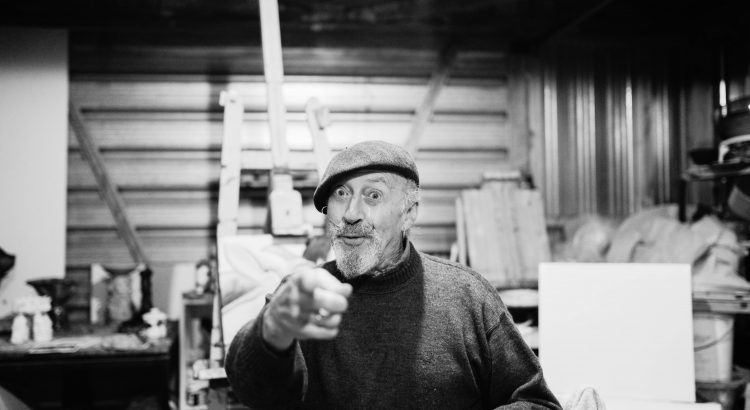 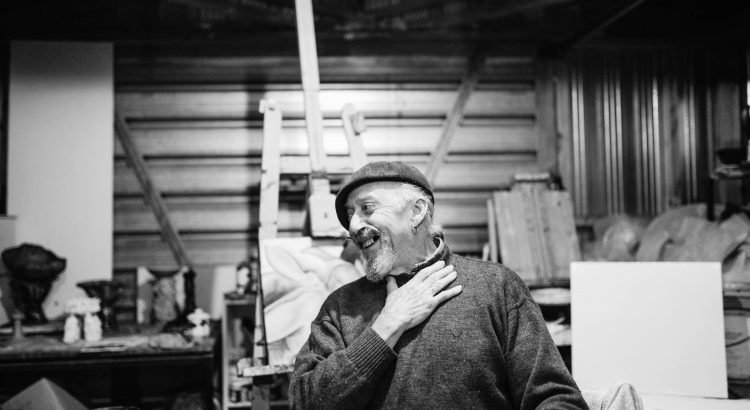 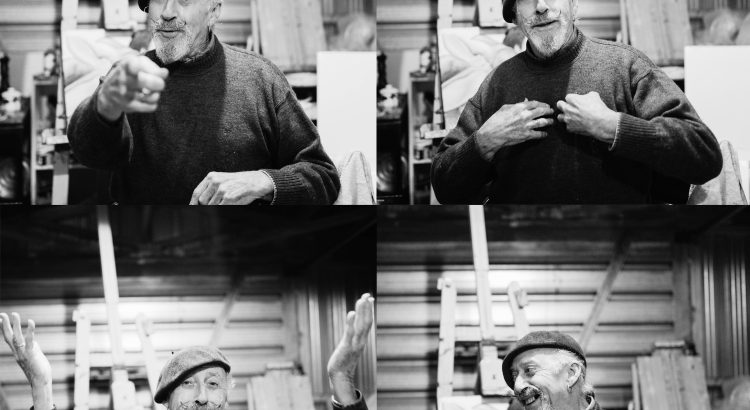 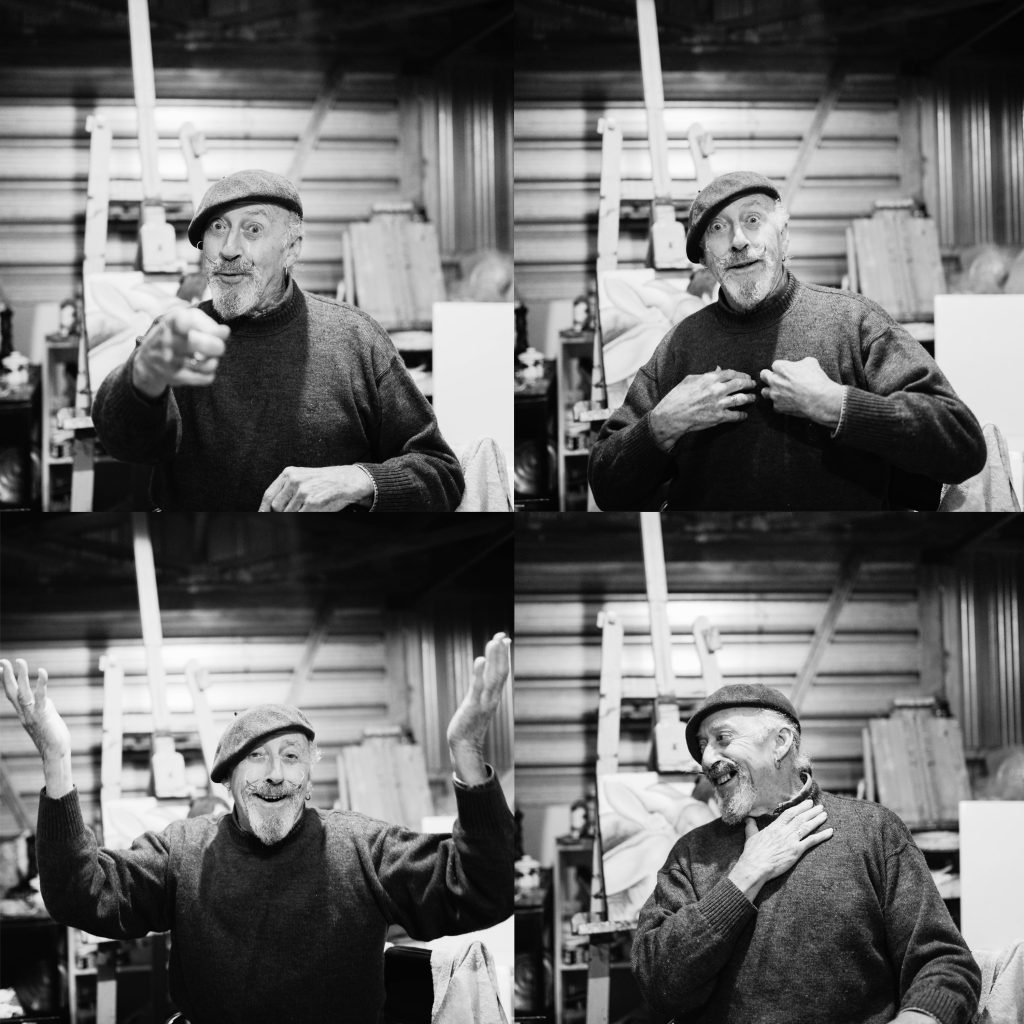 If it’s been a hard week at work and I’m in need of a drink I’ll be at… The Jimmy at St James Theatre to start with. And there is also a lovely new place just along Dix­on Street called Laz­eeza, next door to the Dix­on Street Deli. In Paekakariki, where we live, are two favour­ite places – the Beach Road Deli and the Perch­ing Par­rot. Both are lovely for cof­fees, lunch and morn­ing tea. There is also Finn’s across the road. They have a very nice even­ing meal menu.

Then the next day if I need a slap-up feed and a cup of Wellington’s finest cof­fee I’ll be at… Nikau Café in Civic Square at City Gal­lery. It’s got lovely, lovely food.

I always find if you need some cul­ture you can’t go past… good­ness me! Usu­ally Circa has some­thing fant­ast­ic on in one of its two theatres. BATS occa­sion­ally has some­thing really good, too. I like the little Light­house cinemas as well. We also have a very nice little cinema here in Paekakariki. It’s part of Finn’s res­taur­ant bar and has excel­lent movies.

My favour­ite Wel­ling­ton land­mark has to be… see­ing I was born in Petone, I might have more than one. When you’re com­ing into town on the train there’s always Mt Vic­tor­ia, so it really is the main land­mark that I adore. But also I like the Ceno­taph. That little col­lec­tion of Par­lia­ment build­ings, the Bee­hive and the Old Gov­ern­ment Build­ings, that’s a nice com­plex. Petone itself has a lot of lovely memor­ies for me, but I think about the artesian foun­tain in par­tic­u­lar. It’s there for people to col­lect water in bottles if they want to.

The Wel­ling­to­ni­an I would take to a pub quiz is… I think I would like to take Ray Hen­wood, and his wife if she wants to come along too. He’s a great char­ac­ter and a won­der­ful act­or. I think he would be a laugh to go along with: he would have a lot of witty lines.

I am most ashamed nev­er to have vis­ited… Zeal­and­ia! I always mean to, and on top of that Kapiti Island. I haven’t been there and I have lived here [in Kapiti] for about 30 years now.

In light of the 20th anniversary of DANZ, my best memory of dance in the last 20 years is… I don’t think I can pick out one best memory. I think what I like about DANZ is that it’s still there. It’s icon­ic now and it’s got to keep going.

As a spec­tat­or I am most excited to see… any new tal­ent that’s com­ing along, wheth­er it’s act­ing, singing or dan­cing in any of its forms: clas­sic­al bal­let, mod­ern dance, kapa haka, Indi­an dance. I’m excited when there’s a nice bright new tal­ent shin­ing through from the oth­ers in a group.

My favour­ite bal­let char­ac­ter to play is… when I was young­er it was the lead­ing male role in Gis­elle, but see­ing as I can’t do those sort of things now, I think pos­sibly what is com­ing up next year is Cop­pélia. I’ll be play­ing the doc­tor, the old mad doc­tor. I like play­ing mad roles, it’s good fun.

I’m still dan­cing at 74, so the advice I would give for a long and suc­cess­ful career is… to keep per­sever­ing. If people try to pull you down, don’t let them. Just keep enjoy­ing what you’re doing, and once you stop enjoy­ing, then stop. I’ve told the powers that be at Roy­al New Zea­l­and Bal­let that I do intend to keep per­form­ing until I’m 80, even if I’m on a Zim­mer frame, but that the Zim­mer frame will have to have sequins all over it. I’ve got to sparkle somehow!

Holly has recently moved back to her home city after spend­ing four years at Otago Uni­ver­sity com­plet­ing her Bach­el­or of Arts in art his­tory and media stud­ies. She spends her days fuel­ling the pub­lic’s caf­feine addic­tion as a barista and hanging out at Fish­Head Towers fit­ting into her intern­ing pos­i­tion. Bagge’s pos­i­tion include vis­it­ing art gal­ler­ies, read­ing, drink­ing tea obsess­ively and watch­ing back-to-back epis­odes of Peep Show. She is a con­nois­seur of zom­bie films, one of her favour­ites being the ori­gin­al Dawn of the Dead. Much to her dis­may, her last name is pro­nounced “bag” as in “plastic bag”.

Holly has recently moved back to her home city after spending four years at Otago University completing her Bachelor of Arts in art history and media studies. She spends her days fuelling the public's caffeine addiction as a barista and hanging out at FishHead Towers fitting into her interning position. Bagge's position include visiting art galleries, reading, drinking tea obsessively and watching back-to-back episodes of Peep Show. She is a connoisseur of zombie films, one of her favourites being the original Dawn of the Dead. Much to her dismay, her last name is pronounced "bag" as in "plastic bag".