By Sarah Harpur on February 27, 2014No Comments

Why yoga is not only for vegetarian gymnasts says Sarah Harpur. Illustration by Rachel Hill 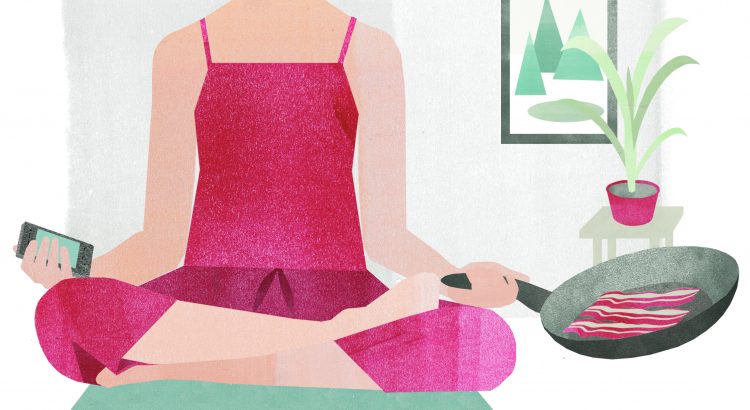 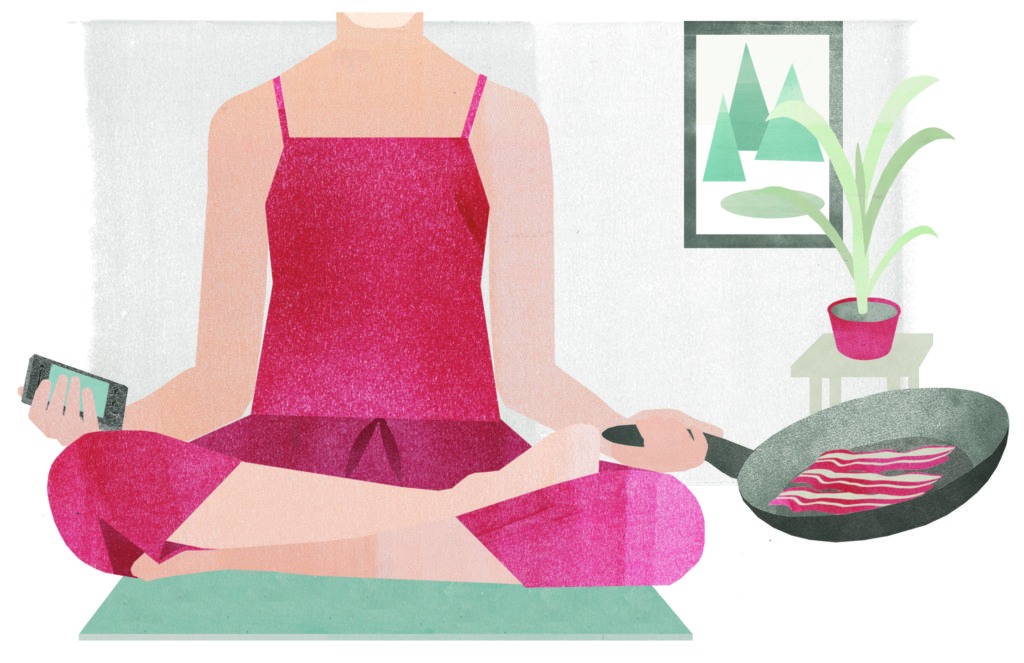 Recently, I became a qual­i­fied yoga teach­er. I became everything I swore I would nev­er be. A dirty hippy. Namaste.

I wasn’t sure I wanted to go down the yoga teach­er path because I had a lot of pre­con­ceived ideas as to what yoga is and the ‘types’ of people who do it. As much as I love prac­tising yoga, I didn’t want to have to change every aspect of myself in order to do it. I cer­tainly didn’t want to be told I was going to yogi hell because I have a fierce pas­sion for bacon. I didn’t want to join a cov­en of smug women who sac­ri­ficed chick­ens at the winter sol­stice, ate their child’s pla­centa and wore only things made from hemp. Most of all, I didn’t want biceps like Madonna.

It turns out I did not have to worry. Yoga is a lot more ‘nor­mal’ than I ever could have hoped; though, after talk­ing to many friends, it has become clear that I wasn’t the only per­son to have had unfoun­ded yogic appre­hen­sions. I would like to dis­pel the most com­mon yogic myths.