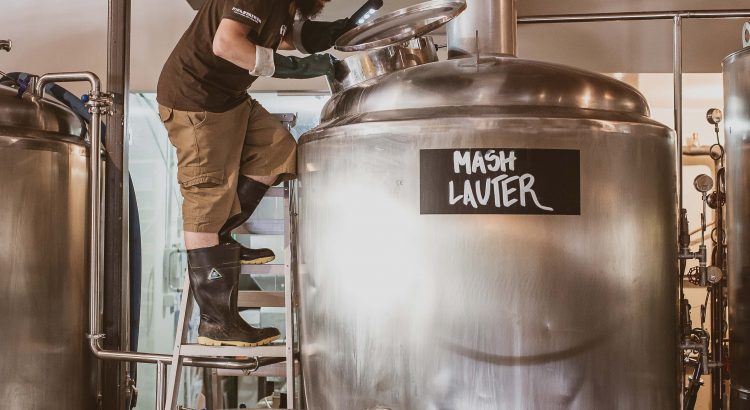 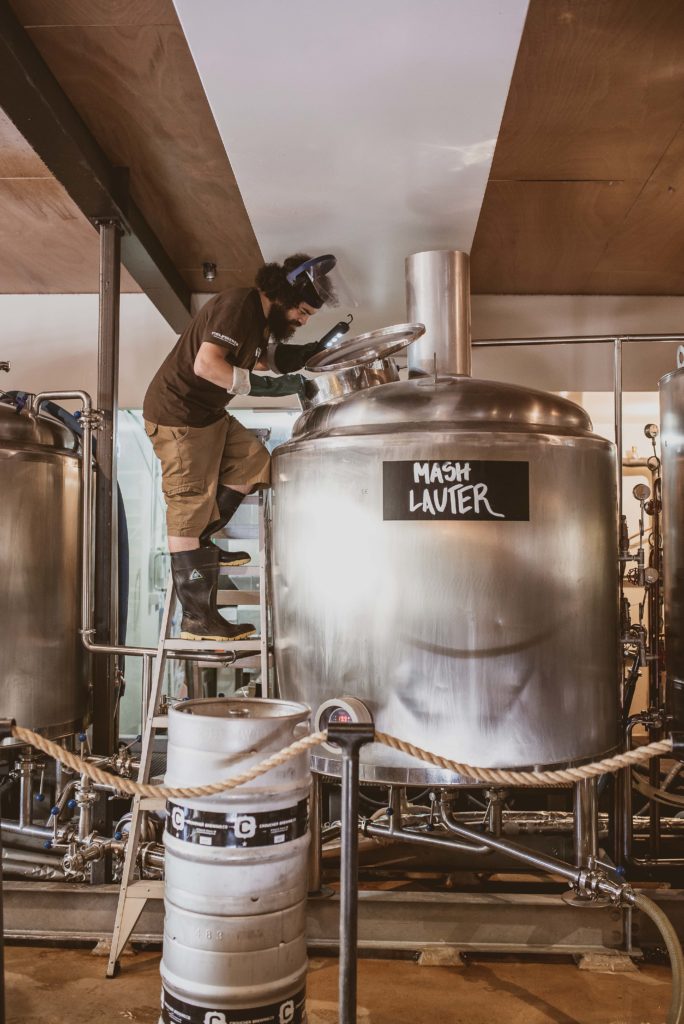 There’s some­thing incred­ibly like­able about Lester Dunn, brew­er at the Fork & Brew­er in the heart of Wellington’s CBD. Brew­ers tend to be open, friendly people and none more so than Lester, who always greets you with a big smile under his massive beard and afro, fol­lowed by a warm handshake.

We find a quiet corner of the bar to chat over a pint of his Bohemi­an Hip­ster Pils­ner, and Lester drops a bomb on me: he’s leaving.

Lester’s been a fix­ture of the Wel­ling­ton brew­ing scene for what seems like a very long time. After work­ing in hospo for years, he sud­denly found him­self in a “2am impromptu job inter­view” at Mat­ter­horn, fol­low­ing a beer tast­ing in 2007. That’s how he got his start work­ing in Nel­son at Mac’s.

“I showed up for work the next day, bright and early, and that’s when they knew I really had the work eth­ic they wanted. I star­ted as a cel­lar hand… it took a couple of years before I was allowed in the brew house.” Back then, Mac’s Nel­son brew­ery had eight 20,000-litre tanks. When that brew­ery closed, Lester moved to Mac’s on the water­front in Wel­ling­ton, learn­ing the craft under Paul How­ell and Colin Paige.

When he star­ted at Fork & Brew­er he had to wait just over a year to get his hands on the brew­ery as earth­quake strength­en­ing was required to make sure the tanks didn’t flood the bar. For the first year, Fork and Brewer’s brew­er was a bar­tender again.

Lester may also be the brew­er who is the hard­est on him­self. He strives for per­fec­tion in each brew.

“Brew­ing to me is just some­thing I became very good at,” he muses, “but I’m still very fussy and metic­u­lous. I made cof­fee for six years and it was the same thing. I loved the ‘dia­monds’, like, that’s gonna be the best cof­fee that per­son has ever had. It’s the same with my beer…

“I’m really, really proud of the beers we’re pour­ing at the moment. I’m over people buzz­ing about the beer, it’s more about consistency.”

We go through the beers Lester has made, he says he’s had more misses than hits. So I ask what his favour­ite beer is. Soon I’m look­ing at a glass of dark chocol­atey goodness.

“East­er Egg Chocol­ate Stout. We did it last year as well, but this year is bet­ter! This beer is so great! It’s got cocoa nibs from Wel­ling­ton Chocol­ate Fact­ory and a whole bunch of lactose.” (It’s a milk stout, which means this beer writer can’t drink it.)

But now Lester is leav­ing in July. His new pro­spects include knit­ting and tea, or pos­sibly a stint at an over­seas brew­ery. So this is the time to go in to Fork & Brew­er and try all of Lester’s won­der­ful cre­ations! The East­er Egg Stout may be gone, but the Base Isol­at­or, the Hip­ster Pils­ner and all of his oth­er hits will still be going strong.