Motorcycles are dangerous and yet the (mostly) men who ride them look more and more like roadies who haven’t realized that the 1960s ended a while back. Steve Joll investigates what might prompt an otherwise sensible man to make what seems like a very foolish decision. 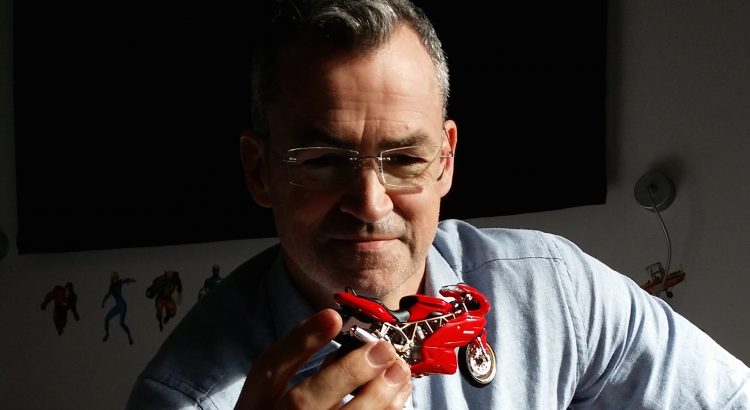 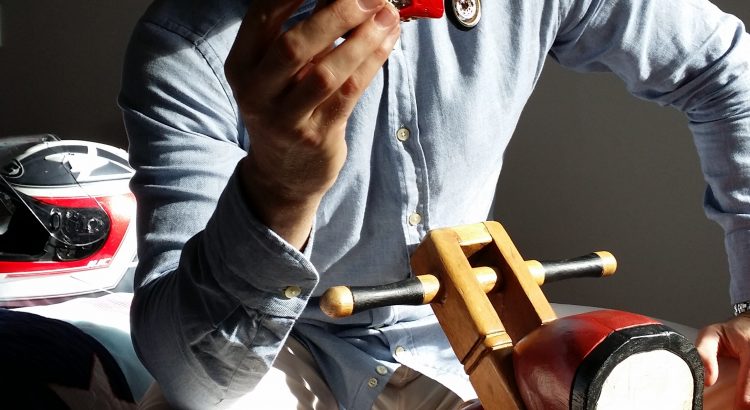 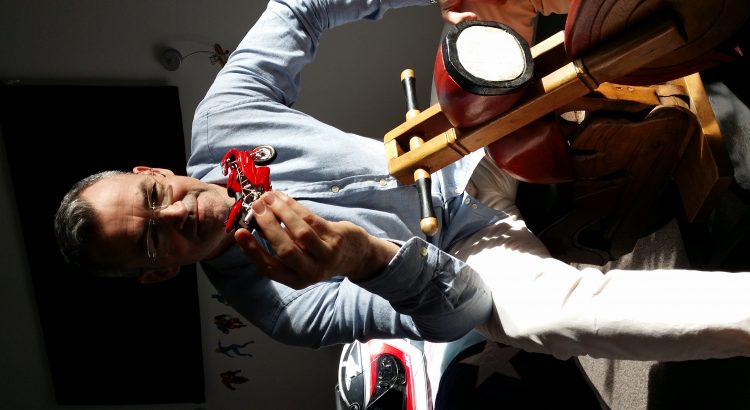 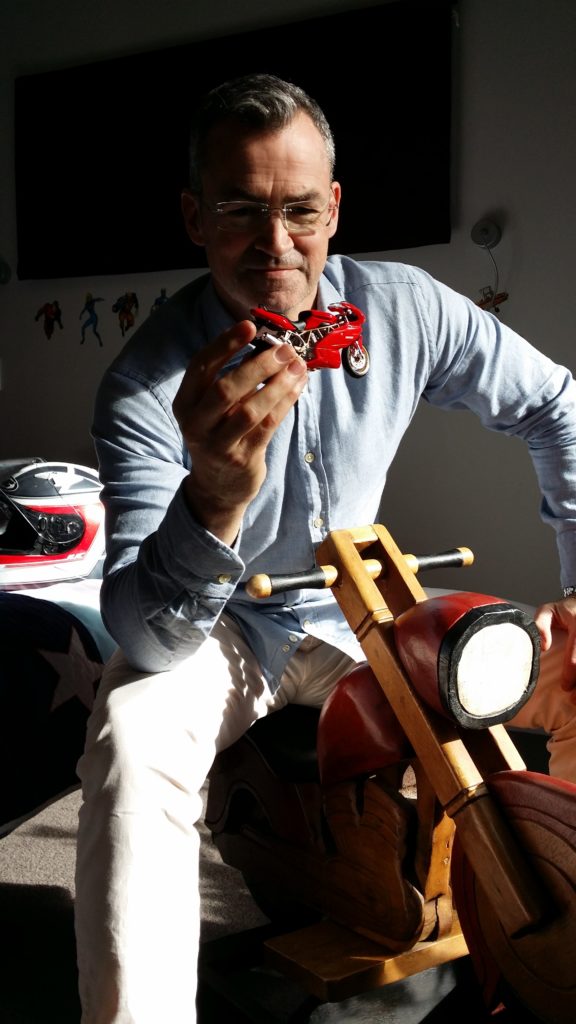 Why the hell would a man in his mid-40s sud­denly up and buy a Ducati? This is what a lot of people asked me when I up and did it. The first words that light up on the front­al lobe in blind­ing blue neon are ‘mid-life crisis’.

Sci­ent­ists at the Uni­ver­sity of Mel­bourne told us in March of this year that the MLC is more than just a jus­ti­fic­a­tion dreamed up by man-friends shoot­ing pool in a man-cave. The human anim­al is, they say, at his most com­pletely miser­able between ages 40 and 50. Okay, I’m para­phras­ing, but I’m 45 so I can para­phrase, sum­mar­ise or sur­mise if I feel like it. I am, after all, at the low­est point of my exist­ence, happiness-wise.

It should be noted that there are two types of old-man motor­cyc­list: the ‘I’ve rid­den since I was a kid’ biker who’s wise to the ways of two wheels and has the scars to prove it; and the ‘I haven’t rid­den since I was 22 and now I’d like to ride again’. The lat­ter are called ‘retreads’ and are the motor­cycle equi­val­ent of townies or men with soft hands. This is the group I’m in.

Since the 1980s, when own­er­ship of motor­cycles was at its peak in New Zea­l­and, the medi­an age of blokes on bikes has stead­ily gone up. Jimmy from TSS Red Bar­on Motor­cycles in Alicetown, Lower Hutt, says this: “Typ­ic­ally, people buy­ing bikes now are more mature. They’re in a more fin­an­cially com­fort­able position.”

Lorde knows, there are innu­mer­able reas­ons why the over-40s shouldn’t ride bikes. For example:

So why do we do it? I recently had the chance to take part in a big group ride for char­ity. On the 150 bikes there were maybe a hand­ful of riders young­er than me, and plenty older.

Kris is 40. He rides an April­ia RSV4, which for those who don’t know bikes is faster than a speed­ing bul­let and can leap tall build­ings in a single bound. He told me he rides because, “It’s just you and the road, and all you need to think about is the next corner.” Neil is a truck­er and Tri­umph rider who loves the camarader­ie of the rallies.

As for me, yes, prob­lems evap­or­ate as you focus on counter-steer­ing and wheth­er that driver has seen you. And, yes, it’s nice to be part of a club. It’s a feel­ing of being con­nec­ted to the world. A motor­cycle is the per­fect mar­riage of art and power, and it’s a way for a man with creaky knees to again feel strong and fast and free. Simply put, it makes me happy.

And when I say it like that, it sounds a lot like a mid-life crisis after all.