This month, from 26 July to 10 August, the Embassy theatre once again plays host to the New Zealand International Film Festival where patrons can expect to find a familiar face behind the bar or coffee machine — Liz Odey meets Embassy manager ‘Dee’ George. Photography by Caroline Atkinson 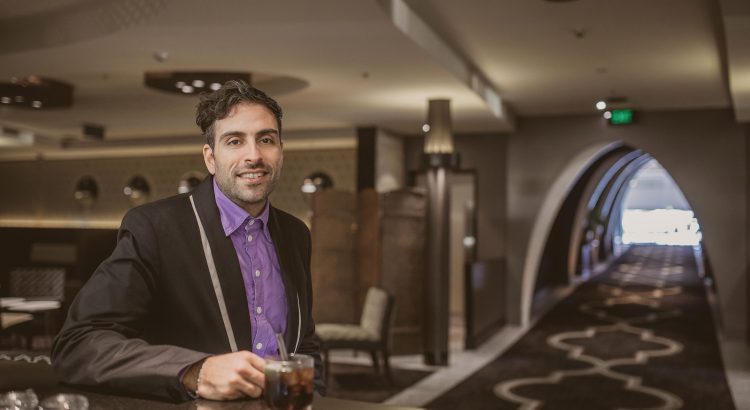 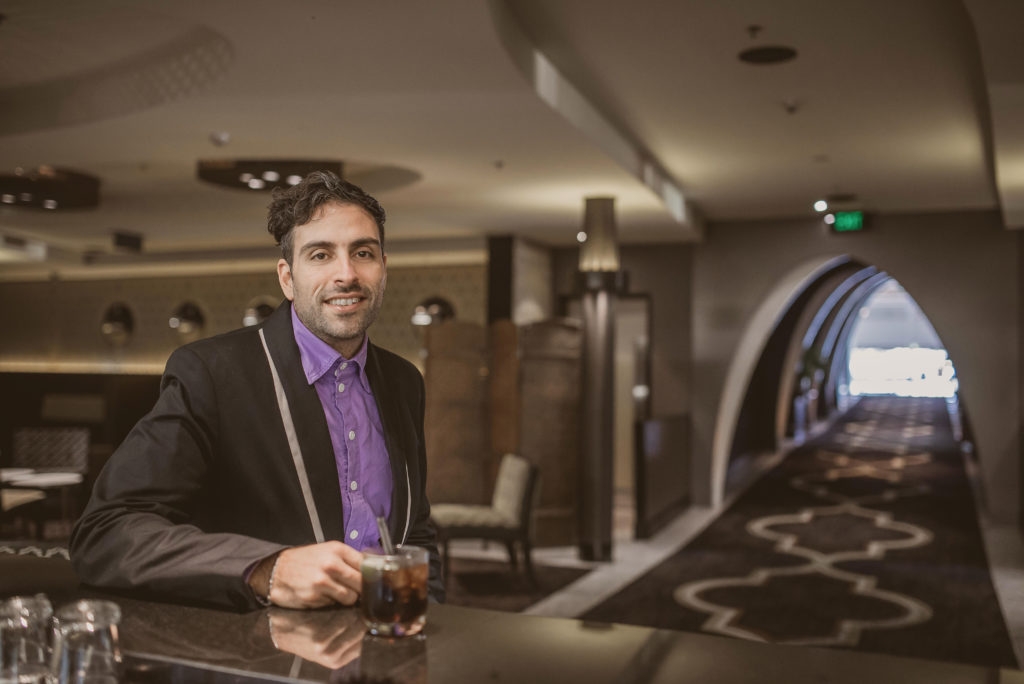 Fish­Head sat down with Dami­anos (known to the world as ‘Dee’) George in the glam­or­ous Black Spar­row bar of Wellington’s fam­ous Embassy pic­ture theatre. Dee has been the man­ager of the Embassy for the past eight years, and loves every minute of it. After years of work­ing in the Wel­ling­ton hos­pit­al­ity scene, and a short stint in health insur­ance, he caught wind of the Embassy man­age­ment pos­i­tion and jumped at the oppor­tun­ity. On top of work­ing in such an excit­ing and cre­at­ive industry, Dee gets the added bonus of see­ing most of the films before they are avail­able to the public!

My favour­ite place in Wel­ling­ton for a good drink and a hearty feed would have to be…Sweet Mother’s Kit­chen — as it’s across the road, we go there a lot. I’ve eaten at Duke Carvell’s a couple of times recently and I loved it! I’ve been there for brunch a couple of times and din­ner. A group of us got some shared plat­ters for din­ner, we had a sir­loin, pork and lots of side dishes.

If I’m in need of a drink after work, you’ll find me… At the Embassy bar, the Black Spar­row! I spend a lot of time here. I did check out Vinyl on Cour­tenay Place recently — it’s got a really nice envir­on­ment, like a mini bar that’s not as cramped as some of the oth­er places you find on Cour­tenay. And Dragon­fly! There are so many places in Wel­ling­ton to choose from!

When I’m in need of a slice of cul­ture…I don’t need to go far… I’m sub­jec­ted to so much cul­ture in the film industry. From main­stream block­buster, to art­house, the Embassy caters to so many tastes. I did go to Mighty Mighty last week to see the Real Hot Bitches dance group, who dance to 1980s num­bers in tight span­dex. Whenev­er I went to Mighty Mighty I had a lot of fun, I’m really sad to see that go.

Wellington’s best-kept secret would have to be…The Black Spar­row bar! We’ve been open for two-and-a-half years and we still get people com­ing in and say­ing, “Oh my gosh, this is so cool, when did you open?” It’s a bar that ser­vices movie­go­ers, but it also caters to people who just want to come in for a great envir­on­ment and a great drink. You’ll have to try the Garden Party cock­tail. It’s purple and deli­cious, but it’s quite strong!

A past event at the Embassy that stands out to me would have to be…The world premiere of The Hob­bit: An Unex­pec­ted Jour­ney. Logist­ic­ally it was massive: it took months of pre­par­a­tion and long hours and stress. It’s par­tic­u­larly mem­or­able because, des­pite all the stress, on the day of the event everything went so smoothly, every­one did his or her bit, and the show went off without a hitch.

A film I’m look­ing for­ward to see­ing this year is… A film called The Young and Prodi­gious T.S. Spiv­et, which is com­ing up this year. I’ve actu­ally already seen it — but it’s really good! Also, A Little Chaos with Kate Wins­let and Alan Rick­man is a com­edy about two land­scape artists who are com­pet­ing to win a con­tract to work on the Palace of Ver­sailles. Lucy, with Scar­lett Johans­son, is anoth­er one I’m really look­ing for­ward to seeing.