The school holidays are rolling around again and the kids who aren’t merging with their iPads are bouncing off the walls with boredom. Luckily, FishHead has Steve Joll and his tribe of testers to tell you how you can keep youngsters and their adults entertained and not break your budget. After exploring Wellington City in March and the Hutt Valley in July, they now turn to Porirua/Mana to uncover its hidden (and cost-effective) charms. Pataka, police and pools: P-Town delivers. Photography by Steve Joll and Mark Tantrum 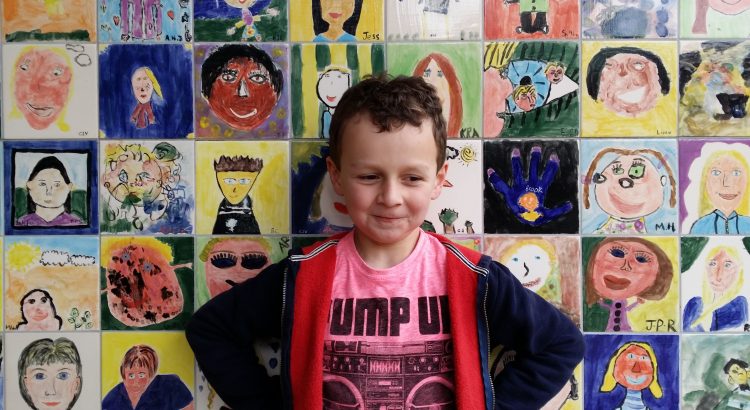 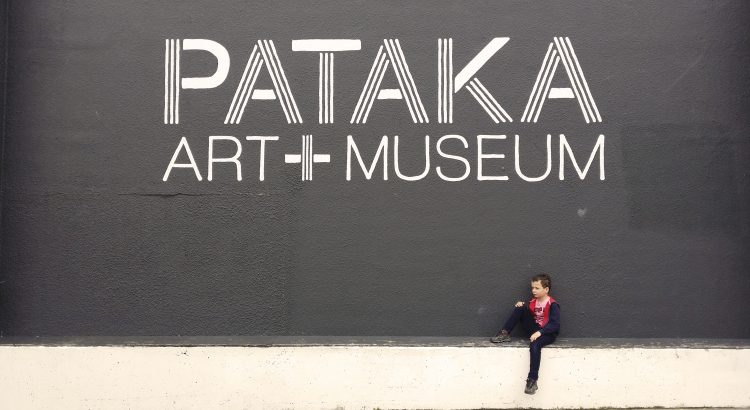 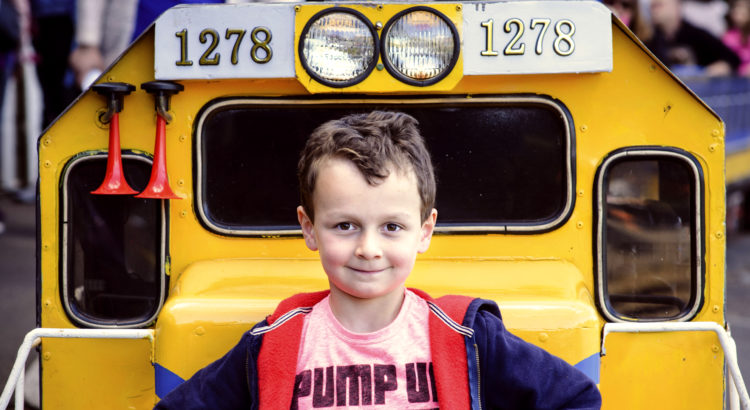 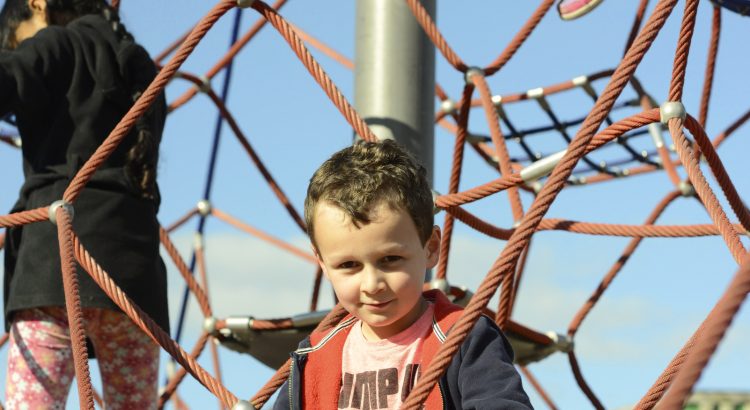 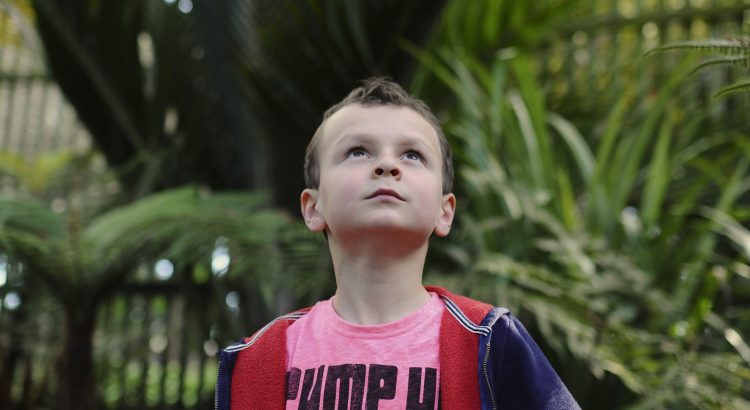 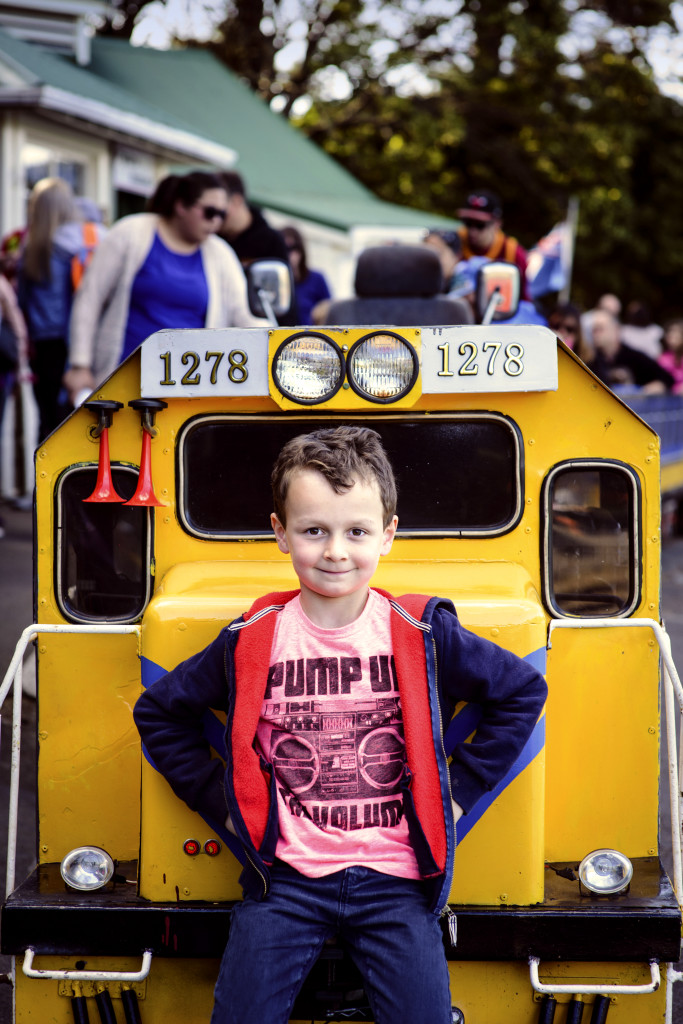 My sev­en-year-old son has decided to be a police officer. “That’s gonna hap­pen,” he tells me as we exit Porirua’s Police Museum in an orderly fash­ion and get into my grey Mazda Cra­pol­la, belt­ing ourselves in and then driv­ing away in a south­erly dir­ec­tion without break­ing the speed lim­it. “Def­in­itely.”

That’s the effect the small but per­fectly formed place has on him. When I say small, it’s with the ‘all things are rel­at­ive’ rule in mind. It’s tiny if your usu­al cul­tur­al intake is cour­tesy of Te Papa, but oth­er­wise, well, size isn’t an issue here. There’s plenty to see and do to frit­ter away an hour or more, and as the first stop on Theo and Dad’s Big Day of Adven­tures it sets a sol­id bar. Besides, it’s hard to argue with free entry.

Old traffic patrol cars, a heavy-on-the-lights motor­cycle and the stor­ies of some early real-life New Zea­l­and crime caught my atten­tion, while Theo, per­haps wor­ry­ingly, seemed more attrac­ted by the dark under­belly of what was on display. 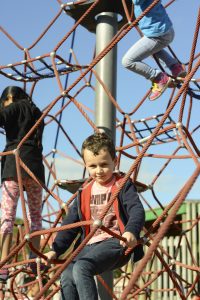 “I saw some weapons and some guns and a giant car crash. It was amaz­ing. When I saw that I couldn’t believe it. And guns. Can we get some guns on the way home.” Is that the defin­i­tion of counter-pro­duct­ive? For good meas­ure, on the way out I forced him to fos­sick through the dress-up ward­robe and took a pic­ture of him as a cop­per to bribe him with should he drift off the tracks later in life.

From the Police Museum to Aotea Lagoon by car is as easy as Alpha, Bravo, Charlie and takes approx­im­ately 30 seconds. In fact, it took longer to coax Theo into the car and sort his seat­belt out than to drive across the road and down a bit.

As I write the fol­low­ing, it’s prob­ably worth men­tion­ing, in the interests of trans­par­ency, that I’m a res­id­ent of Upper Hutt and an unwaver­ing advoc­ate of Har­court Park as the most per­fect fam­ily park-type exper­i­ence it’s pos­sible to have. Ima­gine how dif­fi­cult it must be, then, for me to report that Aotea Lagoon might be nearly as good. In fact, there were moments in which I felt it might just edge my loc­al out­door Uto­pia in some areas.

Oh, let’s face it, the place is amaz­ing. The mul­tiple gar­dens and grassy areas, the petanque oval, the wind­mill and the exer­cise areas are all per­fectly laid out, aston­ish­ingly clean and well main­tained, and ideal for any age. The play­ground, though, is where Aotea Lagoon comes into its own. Theo and I could have played there for hours, and would have if he hadn’t dragged me away with his sights firmly on the next Big Adventure.

If you’re in the area on a Sunday after­noon, the mini­ature rail­way runs from 1pm until 4 pm and tick­ets are just $2.50. Kev­in, the train’s num­ber one engin­eer, tells me it is also for hire if you’ve got a fam­ily Christ­mas party com­ing up or a kid’s birth­day. One hour of going round and round in circles will cost $150.

The star of the show on a wet day in Pori­rua is Pataka Art + Museum. Even bet­ter, it shares a car park with Te Rauparaha Arena and the Arena Aquat­ic Centre. We’ll get into our Speedos for a dip soon enough, but first there’s the small mat­ter of an alto­geth­er drier stroll around Pataka.

The very first work as you enter also hap­pens to be Theo’s favour­ite, and I find myself agree­ing with the dis­cern­ing view that he shares at top volume, shat­ter­ing the hitherto peace­ful tran­quil­lity inside the beau­ti­ful build­ing. “Dad,” he hollers, “it’s a bull. Awe­some!” Then, point­ing at what makes it obvi­ous that the anim­al is, as repor­ted, a bull and not a cow, he con­tin­ues to shout, “Look. Look, Dad. Look!” The bull in ques­tion is by Wel­ling­ton artist Michel Tuffery and is made entirely of corned beef tins (minus the corned beef), which is a not-so-subtle nod to the some­thing, some­thing, artist­ic some­thing. I wasn’t really pay­ing atten­tion to the inform­a­tion, I just liked the sculpture. 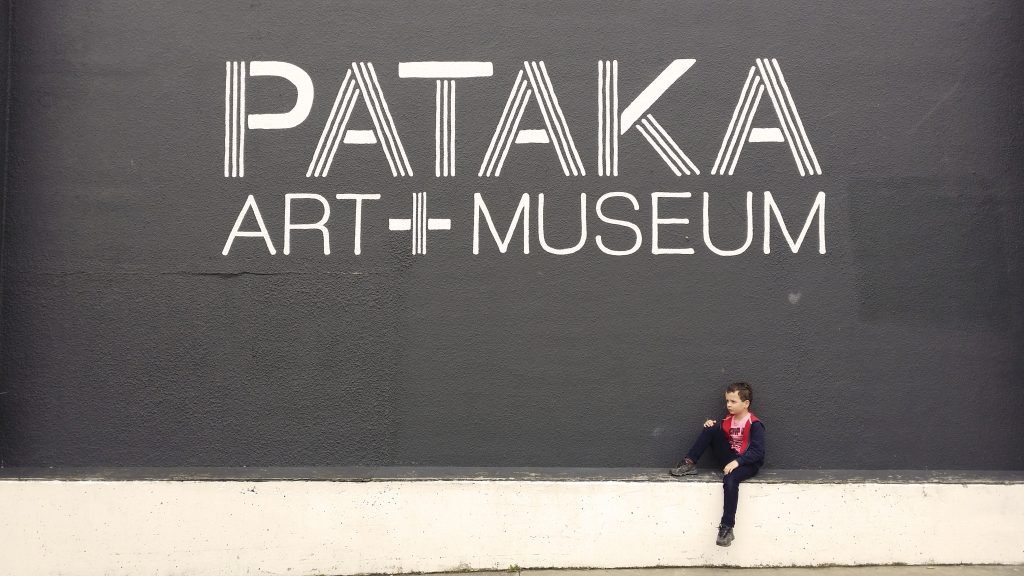 Pataka charges noth­ing to enter, though you can donate, which seems to me to be a worth­while cause. I love the court­yard out the back with its his­tor­ic build­ings and the wall of faces painted by loc­al chil­dren, and Theo was keen on the café (Kaizen). Take it as a good thing that the well-appoin­ted eat­ery was too busy for us to even get a seat. Pataka’s exhib­i­tions change reg­u­larly but the web­site (pataka.org.nz) is easy to nego­ti­ate and con­tains plenty of information.

As much as pos­sible, I’ve set out to make this a guide to either free or extremely good-value places to vis­it. It’s into the lat­ter cat­egory that Arena Aquat­ic Centre fits. It has the usu­al array of indoor swim­ming centre attrac­tions: a 25-metre pool, a spa and sauna, a hydro­slide and lazy river, and a tod­dlers’ pool, but there are sev­er­al stand-out dif­fer­ences — espe­cially if you have a young family.

First, bring lunch. As odd as it seems, almost no one any­where likes you to take your own food. Not because it makes a mess, but because it impacts their bot­tom line. They logic they use is that if you take a sand­wich you’re less likely to buy a greasy hot­dog and stale fries for $49 (extra for sauce). Movies, pools, the sta­di­um… you can’t take your own food any­where — except here. Pack tiny tri­an­gu­lar ham and cheese sarnies into a Tup­per­ware con­tain­er with apples and bana­nas and mini­ature bags of chips, take the whole lot in with you and they’ll love you for it. Helen Brookes, the Aquat­ic Centre busi­ness man­ager, says the only thing they ask is that you don’t take glass. Best to put everything in plastic.

Second, everything is included in the pretty mod­est tick­et price (a fam­ily of five gets in for $18.20). By which I mean that if you want to leave the oth­er half with the kids and spend 20 minutes in the sauna, that’s included. If you want to take a spa, or watch on anxiously as your fear­less kids hurtle down the hydro­slide, that’s included.

Third, they cater more to small chil­dren than most of the oth­er pools. The lazy river, for example, winds its way to the shal­low end of the pool. And there’s a Kindy Gym pro­gramme that runs on week­days on what Helen calls the ‘dry side’ of the centre. For an hour a day under-fives do gym­nastics. Brilliant. 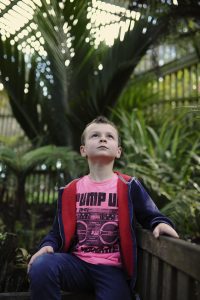 Theo and Dad’s Big Day of Adven­tures had to take a lunch break by now, so we veered off State High­way 1 into Plim­mer­ton. There is, to be fair, not much in Plim­mer­ton, but we like it. An ice cream and a stroll past the pic­tur­esque fire sta­tion, a little pizza and cof­fee, or run­ning over rocks and col­lect­ing sword (sticks) and moon rocks (pumice) are all good, free fun if the weather’s right.

That reminds me. If you’re of a mind to take a hike with the fam­ily, or sug­gest that they take a hike without you, the Pori­rua City Coun­cil (PCC) web­site is an unusu­ally good resource for inform­a­tion, with a ‘Top 12’ list of walks and a brief descrip­tion of each one along with maps. Like­wise for cyc­lists there’s a down­load­able doc­u­ment with maps of the best rides in the area.

On the way home across the Hay­wards towards Paua­ta­hanui, Theo and I stop at the Cam­borne Walk­way (on the PCC’s list at num­ber 4) so he can burn off some energy. It runs from Grays Road all the way along the Paua­ta­hanui inlet almost to Mana and is lis­ted as a 45-minute walk in each dir­ec­tion. With a sev­en-year-old it’s 20 minutes there and about four hours back (he’s eas­ily dis­trac­ted, though where he gets that from is hard to… ooh, look a cave).

Turns out, there’s plenty of free, or great-value, stuff to do with kids in P‑Town whatever the weather.