By Laura Vincent on October 30, 2014No Comments 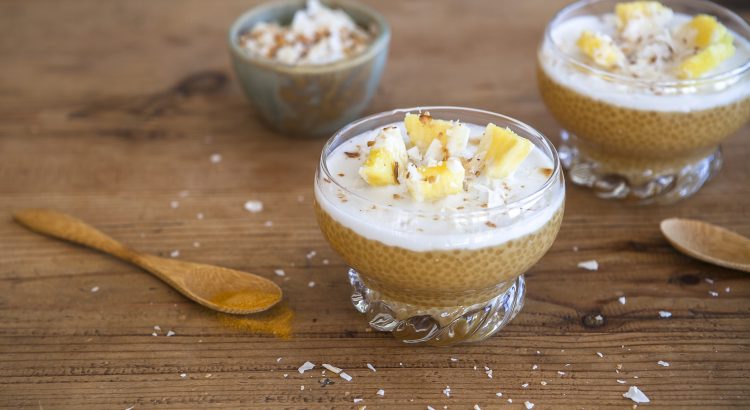 I didn’t know what to make of sago when I first encountered it — strange slip­pery see-through little bubbles, like shiny beads or bubbles in a rock pool or, well, frogs’ eggs. If you allow your­self to embrace the tex­ture though, rather than fear it, you’ll grow to love this strange stuff. Espe­cially when it’s soaked in the sum­mery fla­vours of coconut cream, pas­sion fruit and mel­low caramel.

Freeze-dried pas­sion fruit powder can be found in spe­ci­al­ity food shops. While it’s a little expens­ive, it lasts for a long time, and the merest spoon­ful gives the most unbe­liev­ably intense hit of pure, bliss­ful pas­sion fruit. When the weath­er gets warm­er, my cri­ter­ia for food becomes more and more along the lines of ‘is from the fridge’ and ‘requires little effort to eat so I don’t get even more over­heated in the pro­cess’. This pud­ding meets both of those require­ments eas­ily, as well as that oth­er import­ant cri­ter­ia: it’s ridicu­lously delicious. 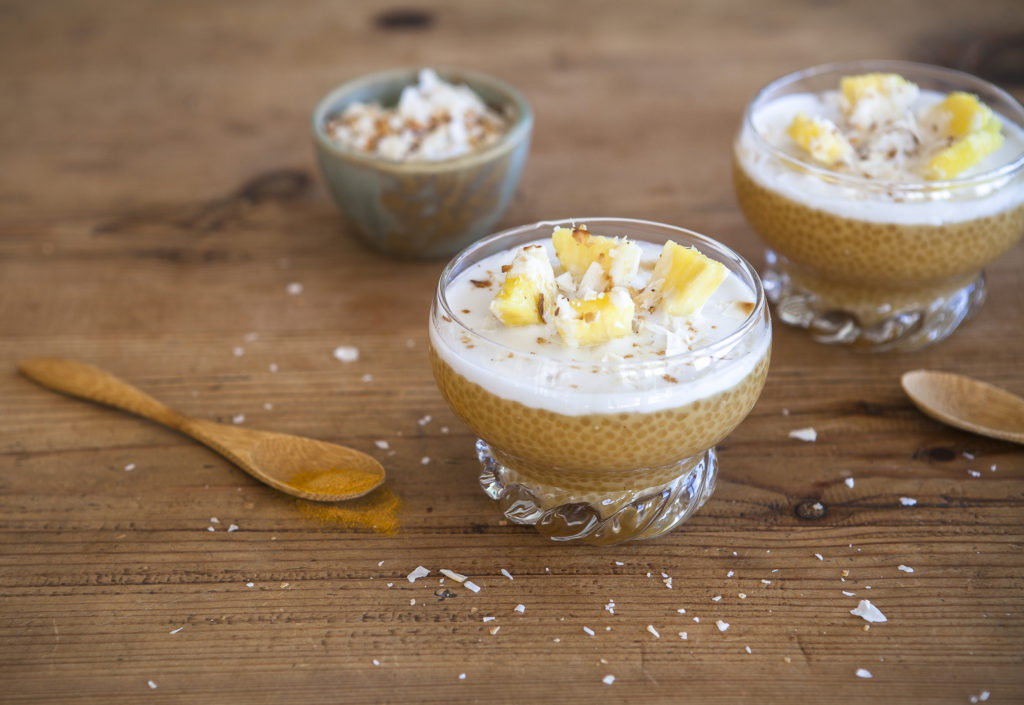