Putting the mental in sentimental value

On 2 May this year, MC Mike King will call Steve Joll’s name and he will climb into a boxing ring wearing a worn, torn, sweat-stained blue cap — not much to look at, but the most important thing he owns 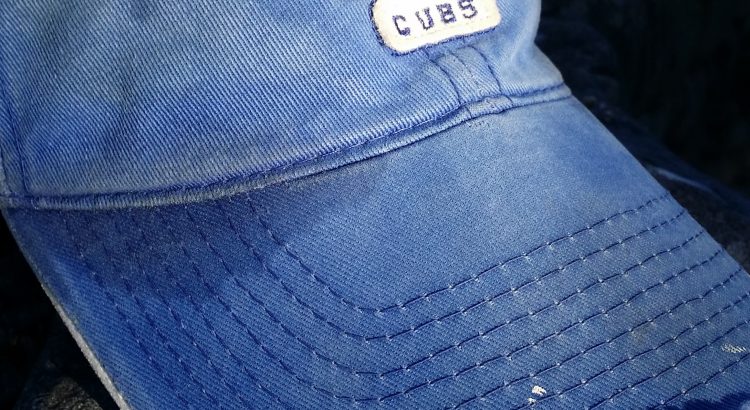 On 18 Feb­ru­ary 2010, in Whangarei, my little broth­er Dave decided that life wasn’t worth liv­ing. In fact, he’d most likely made that call in the days or weeks pri­or, but that was the day he did some­thing about it. My moth­er found him — a hor­ror I can’t even ima­gine — my oth­er broth­er found her and was second to see Dave’s life­less body, then the police were called and, finally, my phone rang. 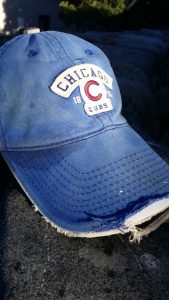 That was the first time I fell to my knees and cried.

None of that explains why the cap is so import­ant. Let me go back a little further.

The Chica­go Cubs play at his­tor­ic Wrigley Field. Its high walls are red brick and ivy grows on them. In 2005, I went to see the Cubs lose to the Col­or­ado Rock­ies. On the way into the game I bought a cap from one of the street vendors across the road from the main gate. Offi­cial Major League Base­ball mer­chand­ise, a red ‘C’ on the front, the word ‘Chica­go’ embroidered on the strap at the back.

I wore the cap for the rest of what turned out to be one of the most incred­ible days and then nights of my life. I saw the now notori­ous Sammy Sosa hit a home run, I bought hot dogs and drank Bud­weiser and met Amer­ic­ans, and I went to a bar after­wards where I sang ‘Brown Eyed Girl’ on the spur of the moment with a live band. All the while I wore the cap.

But that’s not why it’s so import­ant to me.

When I came back to New Zea­l­and a few days later, I caught up with my broth­er Dave and I gave him that cap. He was a col­lect­or. He had caps from all over the world and I figured it would fit nicely. I have pic­tures of Dave wear­ing the cap on that day, hold­ing his baby daughter.

Hon­estly, after that I didn’t think much about it, if at all.

After he died, and after the funer­al, and after most of the well-wish­ers had gone back to wherever they came from, I went with a friend to help sort out some of Dave’s things. His ren­ted TV had to go back to the shop, for example.

His house was tiny. I remem­ber the kit­chen and how well organ­ised it was, everything in its place. In his bed­room, in the ward­robe, was a long wooden box full of caps. Maybe a hun­dred of them, from every­where you could think of.

There was one cap, though, that was not in the box. It was hanging on the wall oppos­ite the bed. A single cap, alone on a hook on a blank wall, blue with a red ‘C’ on the front.

That was the second time I fell to my knees and cried.

On 2 May this year I’ll be box­ing in an effort to raise money for sui­cide aware­ness. I’m old and unco­ordin­ated, and the idea scares the crap out of me. But I’ll be doing it for Dave, and so I’m going to keep him with me right up until the moment the bell rings.