The Beforemath, Duringmath and Aftermath of an accident

Steve Joll is a write-off 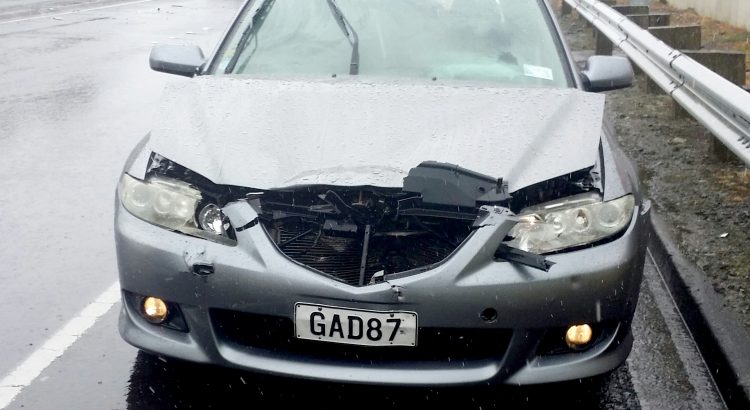 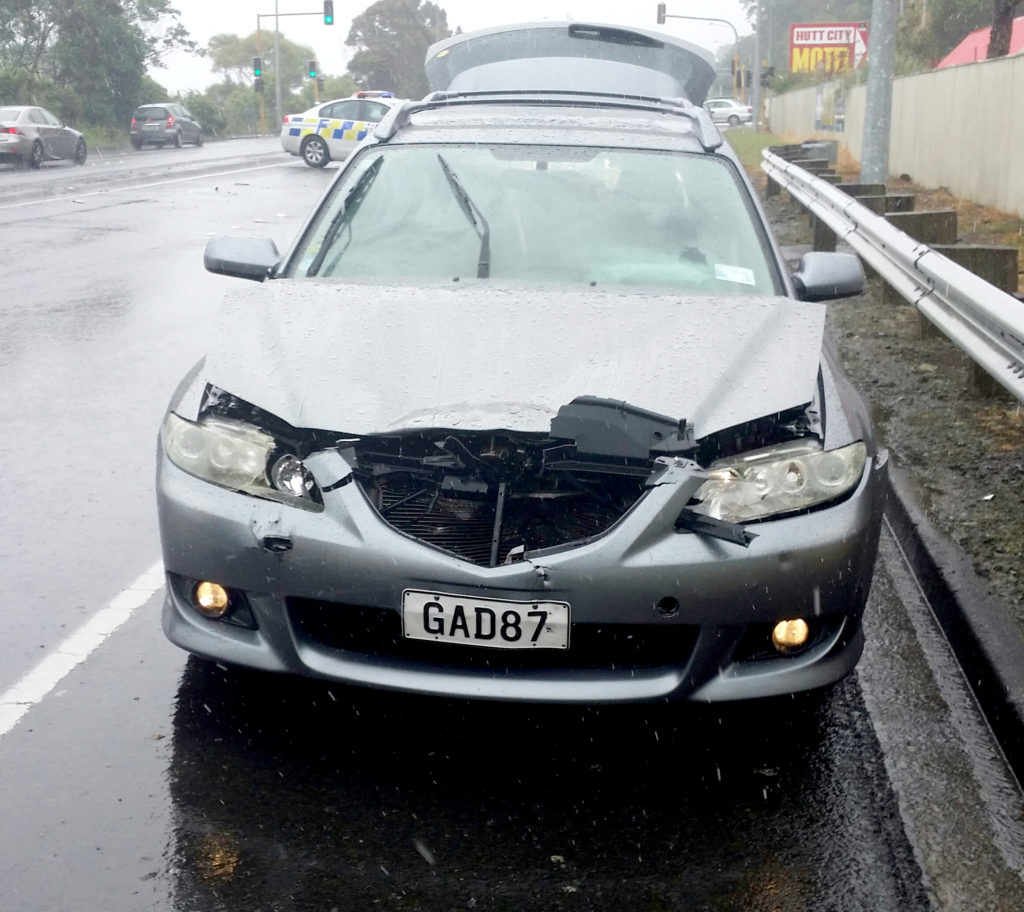 Pri­or to being part of an acci­dent, all I knew about car crashes was learned from the tele­vi­sion com­mer­cials advising us not to have one. And I’m exactly the kind of per­son who takes note of the many mes­sages those com­mer­cials have delivered over the years.

I can hum most of the ‘drive to the con­di­tions’ song, I know about the import­ance of the two-second rule (only a fool breaks it), and that if things start mov­ing in super-slowmo at inter­sec­tions, it’s use­less to get out of your car and plead with the oth­er driver because it’s already too late, espe­cially if there’s a creepy-look­ing dude on one of the corners with a giant cir­cus-esque spin­ning wheel.

Let’s clear a couple of things up before we go any further.

First, it was entirely my fault. The police agree with me and have duly issued a $150 fine. This is one of those things I did not know about. In the com­mer­cials they don’t men­tion the fine.

Second, no one was badly hurt. I had second-degree burns on my left hand and some bruises and bleed­ing on my fore­arm, but as many, many people have said to me, many, many times in the After­math, things could have been a lot worse, right? The burns were caused by the airbags. This is anoth­er thing I didn’t know about.

I have seen, in high-def, big-screen slow motion the dam­age that can be done to glasses and noses and brains when a vehicle is going too fast, but when I ran into the car in front of me on that very wet after­noon my car was doing only about 40kph. Upon impact, the airbags launched with aston­ish­ing fero­city, and it was the fric­tion and heat they pro­duced that burned my arm. My glasses, nose and (as far as we can tell so far) brain remained untouched.

Anoth­er thing I did not know is that, when the airbags fling them­selves for­ward, blast­ing through plastic and scald­ing skin, they also release smoke. So much, in fact, that it fills the car, mak­ing it impossible to see any­thing. I remem­ber this most clearly because it was the very begin­ning of, and the scar­i­est moment in, the Aftermath.

I did not know, either, that for the first two hours of the After­math I would feel invin­cible and euphor­ic. My advice is that if you’re involved in an acci­dent and you clearly have burns and blood on your arm, let the nice ambu­lance lady have a look, even if you’re so high on the rush you feel like you could fly home.

An aside. Because this is Wel­ling­ton, the guy I crashed into is an old mate that I haven’t seen for years. It’s a small town, after all. “If you wanted to catch up for a beer,” he said as the After­math was get­ting star­ted, “you could have just called.” I laughed and laughed until the adren­al­in stopped flow­ing. Good feel­ings gone.

The les­son? Drive to the con­di­tions, don’t be a fool re the two-second rule, and avoid areas where digit­al slowmo appears to be going on.