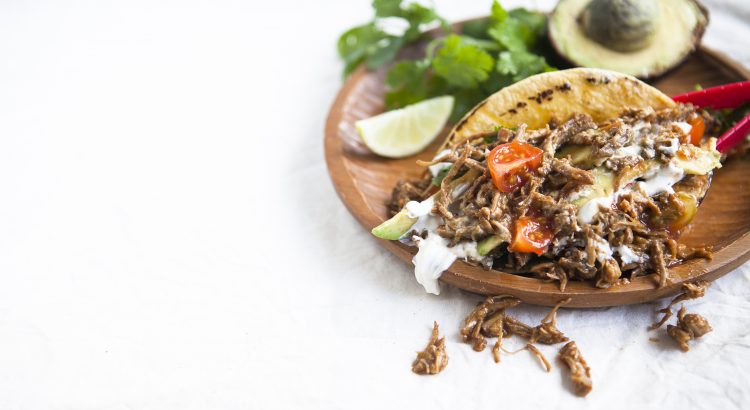 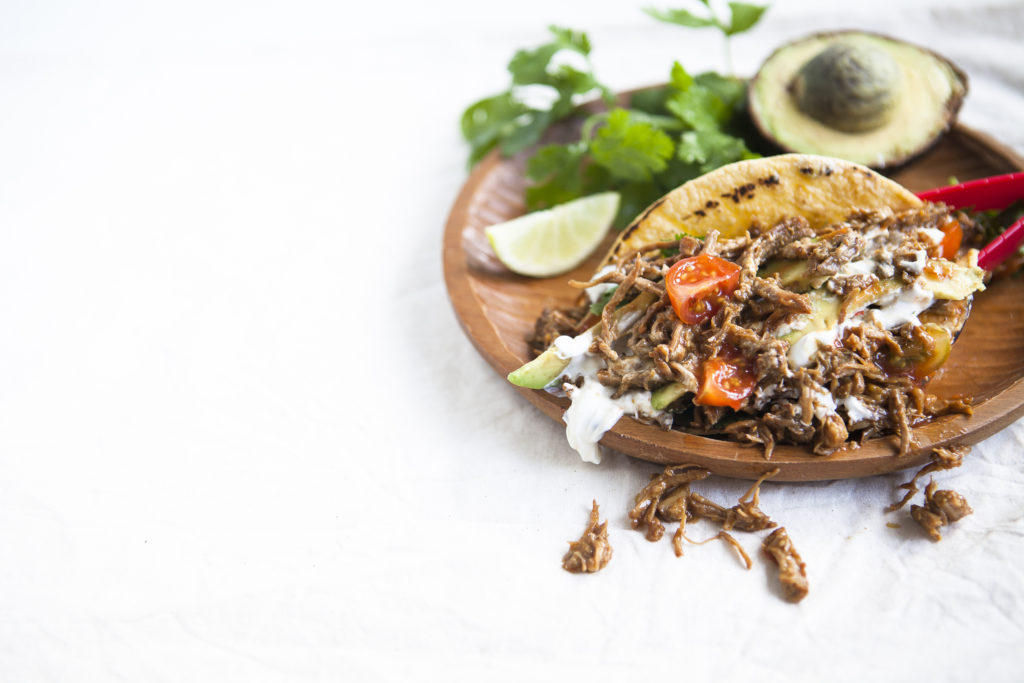 One Sunday a few years ago my Aro Val­ley flat­mate Edward cooked pork all day — eight hours in the oven. I wondered if he was slightly mad. If noth­ing else, he was very determ­ined. It was pulled pork, he said, served along­side home-made coleslaw, soft white rolls, and a very impress­ive and gor­geously tangy home-made bar­be­cue sauce. It was amaz­ing. I’d nev­er had pork like it: shred­ded apart, soft, incred­ibly fla­vour­some, and per­fect with the crunchy slaw.

Pulled pork seemed to pop up on my radar a lot after that. It wasn’t long before this Amer­ic­an bar­be­cue craze was just about every­where, on menus all over town, usu­ally served in little slider buns or in soft tacos. When I began cook­ing it myself, I real­ised its appeal instantly. You take a cheap, tough cut of meat and cook it until it’s melt­ingly tasty, then simply shred it apart with a fork.

My recipe is a lot short­er than Edward’s, and I’ve gone with a slightly Tex-Mex take on it, using tangy yogurt, avo­cado and fresh lime to cut through the fat­ti­ness. These tacos end up as beau­ti­fully bal­anced little bites, and a really impress­ive and deli­cious Sunday din­ner. There’s a reas­on you also see pulled pork on menus in sliders though: the soft white bun pays homage to the dish’s Amer­ic­an ori­gins, and com­bined with coleslaw it makes a really great starter or canapé.

This pork recipe, with its good amount of heat and chilli, lends itself well to sliders too, and it can be served with a home-made slaw if you prefer. I’ll chal­lenge any­one who’s not into cook­ing or slow cook­ing to give this recipe a go. You might sur­prise your­self, and impress every­one around you.