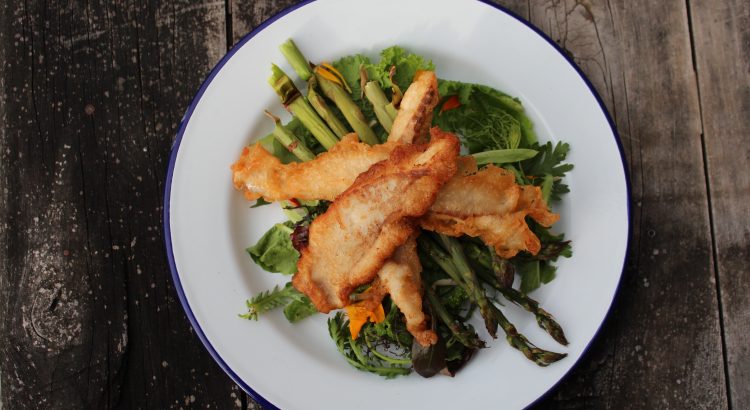 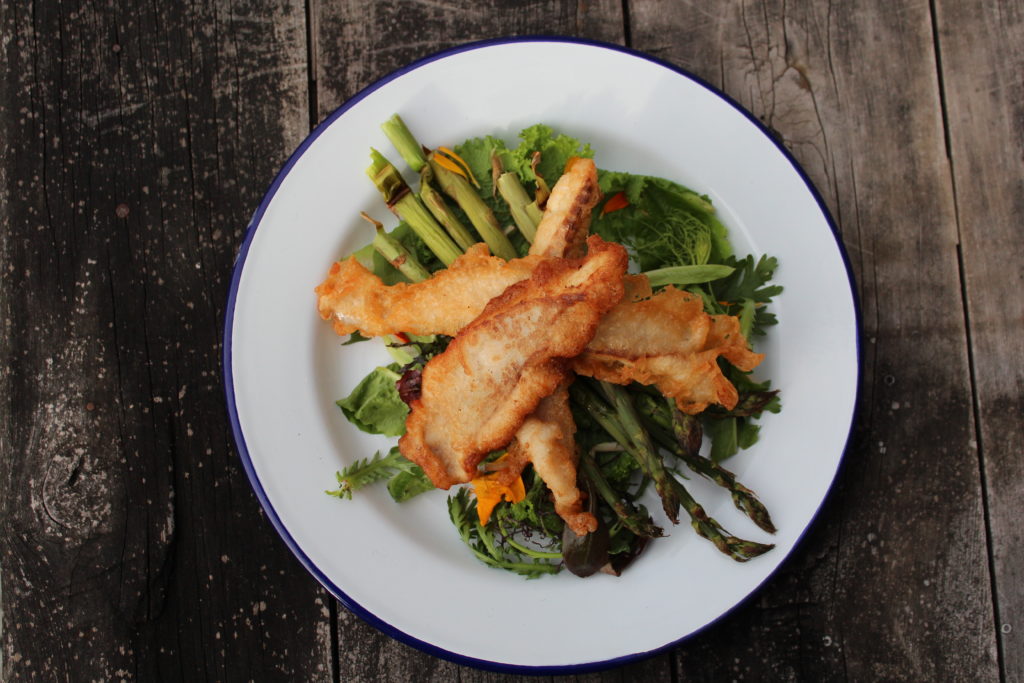 Sum­mer is tan­tal­isingly close, and aside from the season’s first bar­be­cue parties it’s a great time of year for fish and chips. If, like me, you have been com­fort­ing your­self through winter with a little too much bak­ing, it’s a good time of year to replace the chips with a tasty salad. Asparagus is still around, so a bunch of salad greens and some roas­ted asparagus does the trick, or even just some new baby pota­toes steamed with fresh mint and topped with a little butter.

Refresh­ment wise, it’s going to have to be beer. It’s almost like Wellington’s craft beer scene has now reached crit­ic­al mass; you can’t go into a bar now without an array of deli­cious loc­al and not-so-loc­al craft beers being offered up on tap or in a bottle. I went to Beer­vana earli­er in the year and was amazed at how many cre­ations were on offer, and the mix­ture of attendees. I was expect­ing mostly middle-aged males, but there was a huge range of people, plenty of ladies included, all there for their craft beer hit. It is a move­ment I am fully behind, both in and out of my kitchen.

You could use any golden beer or lager for this recipe. Yeast­ie Boys Rex Atti­tude or Epic lager are both great. The addi­tion of water makes the bat­ter light­er and less por­ous, so it doesn’t soak up as much fat when cooked, and ends up bril­liantly crisp. Enjoy!